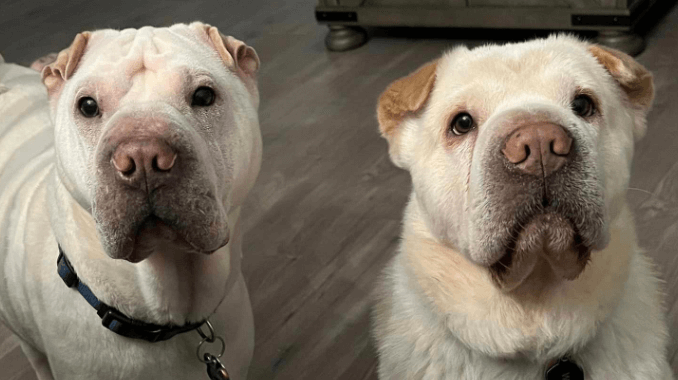 Sometimes people come across shelter dogs and just know that they’re meant to give them a home.

But after one couple adopted a rescue, they discovered a stunning coincidence that proved it was truly mean to be.

On December 15, 2021, Alyssa DeLuca and her boyfriend Zachary Chin came across a Facebook post from Trenton Animals Rock, and noticed something familiar about one of their adoptable dogs.

RELATED POST: Man Was Called To Rescue A Puppy Only, And Then He Looked Behind The Trash Cans

The dog was up for adoption because his owners couldn’t care for him due to their work schedules, and while Alyssa and Zack weren’t planning to adopt another dog, they felt they were meant to give him a home.

“After reading the description, Zack looked at me and said something along the lines of, ‘Well, you know what we have to do now — we have to save him,’” Alyssa told The Dodo.

Alyssa wrote on Facebook that they drove five hours to adopt Max, whom they renamed “Wes.” She told The Dodo that Wes was “terrified” in the shelter and “shivering in his kennel,” so it’s a good thing they got him out as soon as possible.

They brought Wes home, and he began to bond with his lookalike, Arthur.

“Wes and Arthur were unsure of each other at first, but became inseparable after a few months,” Alyssa wrote on Facebook. “They sleep together, they walk together, they do everything together.”

Despite looking so much alike, they had somewhat different personalities, but complemented each other well and became best friends.

“We would always say that they were the ‘same dog in a different font’ because of how similar they looked, and even though they had a lot of differences, their mannerisms were also very similar,” she told The Dodo.

But it turned out Wes and Arthur actually had more in common than anyone could have imagined.

Last year, the couple got the two dogs DNA test kits from Embark Vet. Arthur’s was for health reasons, while they wanted to find out for sure what dog breed Wes was.

After getting the test results back, they discovered something shocking: Wes and Arthur were actually brothers!

RELATED POST: Small Chihuahua Left Alone At The Shelter Was Too Weak To Sit Up On Her Own.

They were stunned, and realized that in rescuing Wes from the shelter they inadvertently reunited two long-lost siblings.

“It feels great knowing that not only did we rescue Wes and give him the life that he’s always deserved, but that he was also united with his brother, who he’s become so close with and gets to live a peaceful life with his best friend/brother by his side,” Alyssa told The Dodo.

“Thank you to Trenton Animals Rock for all of the work that you do and for introducing us to the sweetest and most misunderstood dog, and thank you to Embark for helping us realize the biggest coincidence of our dogs actually being brothers,” she wrote on Facebook.

What a heartwarming story. We’re so glad this adoption led to brothers Wes and Arthur being reunited! 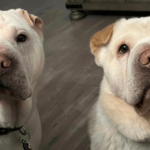