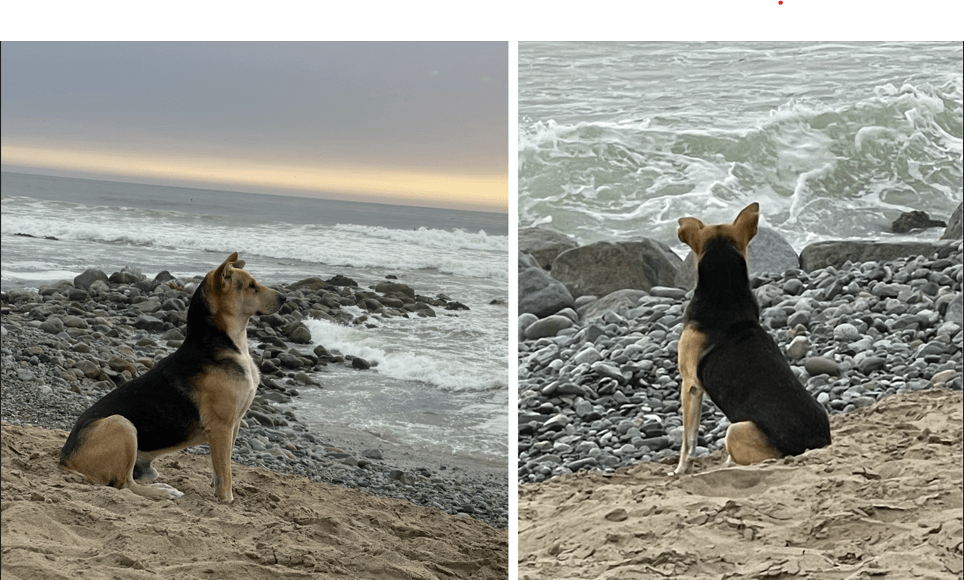 Dogs are always so loving and loyal to their owners, even after they’re gone. Dogs have great emotional intelligence and seem to understand when their loved ones have passed away, and can even grieve for them in their own ways — some dogs will even pay respects at their graves.

Like one sweet dog, who can be found holding a seaside vigil for his deceased owner, as shown in bittersweet viral photos.

Jolie Mejía was visiting the seaside down of Punta Negra, Peru when she noticed an unusual sight: a dog was on the beach all by himself, staring intently at the ocean.

“He didn’t seem abandoned. He wore a ribbon around his neck and his fur was clean,” Jolie told The Dodo. “I pet him, waiting for his owner, but minutes passed and no one came.”

Jolie says she looked after the dog, petting him, but he wanted to do nothing more than watch the ocean waves. Thinking he was abandoned on the beach, Jolie and her family almost took him in.

But soon, a man came along and explained that the dog was at the beach every day, for a heartbreaking reason.

“His owner was a fisherman who passed away some time ago,” Jolie wrote on Twitter. “Since then, he stares at the sea every day.”

The dog, whose name is Vaguito, seems to understand that his owner went out to sea one day and never came back. Maybe he understands his owner has died and is holding a vigil for him, or maybe he hopes one day his master will return.

“[He] gets excited every time he sees boats,” Jolie wrote.

She told The Dodo that she was “very moved” by the dog’s story. But while Vaguito’s story is sad, she was glad to hear that he wasn’t alone: “Practically everyone in the area knows the dog and is very fond of him,” she learned.

People in the small community look after Vaguito, giving him food and shelter. A veterinarian said a woman nearby cares for him.

While nothing can replace Vaguito’s departed owner, whom the dog clearly loved very much, he’s still getting plenty of love.

It’s truly beautiful to see how loyal dogs are to their owners, even after they’re gone for good.

It’s sad to see how much Vaguito misses his owner but we’re glad he’s still being well taken care of — and his story is a sweet reminder of a dog’s love.

Related Post: Dog Rescued From Living On Chain 24/7 Finally Gets The Life He Deserves 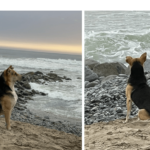