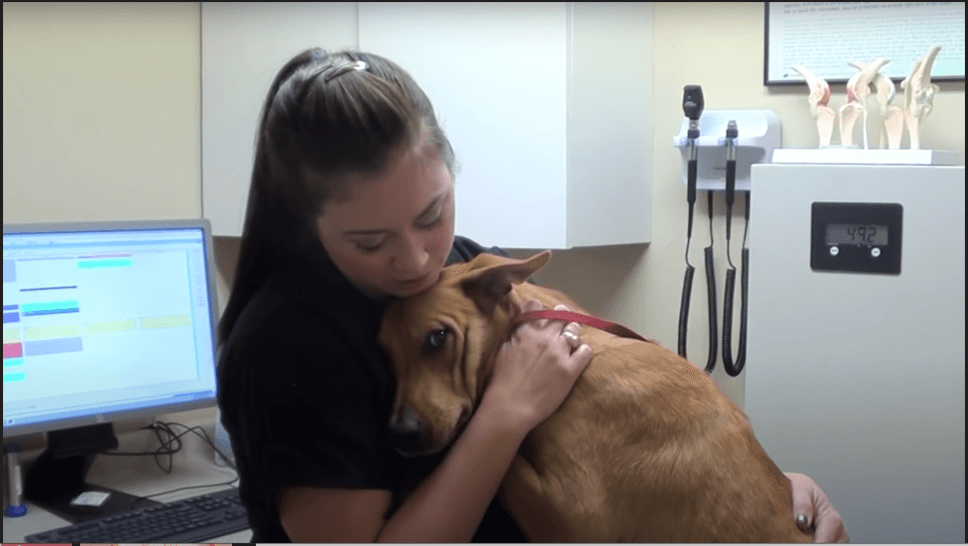 Many Southern states are overcrowded with dogs due to not enough spaying and neutering. And sadly, that causes many shelters to euthanize dogs, thinking it’s the only solution. But it isn’t these poor dogs’ faults that humans aren’t responsible! So, they don’t deserve to keep dying in this cruel way.

A dog named Robin was only five minutes away from euthanasia when he was rescued. And when he realized he was safe, he had the most adorable reaction! He hugged the vet during his check-up as a thank you for giving him a second chance at life.

Robin was found as a stray and was quickly picked up by a kill shelter. Since he had a leg injury, they didn’t even give him a fighting chance. The poor pup was set to be euthanized almost immediately. In fact, he was only minutes away from being put down when some kind souls rushed to save the day.

Robin’s rescuers brought him to Vet Ranch, where they got a closer look at his injuries. They put him under so they could take detailed x-rays of him and get a closer look at some of the bumps on his body. The vets quickly discovered that his leg looked perfectly fine in the x-ray. It was only bruised and not broken! While Robin was under, the vets neutered him as well.

Related Post: Neighbors rally to help find elderly dog who went missing for five days, save him from water

But the best part of Robin’s vet visit was his reaction to it all. Instead of acting shy and scared, he actually softened up a bit. He knew he was in good hands.

During his checkup, Robin thanked the vet in the best way possible. As she was explaining his procedures in a video, the pup leaned in to her and gave her the sweetest hugs. It was as if he knew she was helping free him from euthanasia. And after his vet visit, he was feeling better than ever!

“He really hasn’t shown any more signs of lameness since we picked him up from the shelter,” said one of the vets. “So, we are happy to say that he is healthy now and ready to go to a new home.”

Robin had a rough start to life, but now he’s no longer minutes away from death. Vets suspect that he’s young, so with a forever family, he’ll have a long and happy life. It’s heartwarming to know that there are so many people willing to fight for dogs like him.

Related Post: Dog born with short spine and no neck finds a family to love him just the way he is 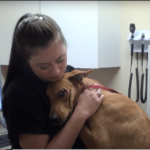