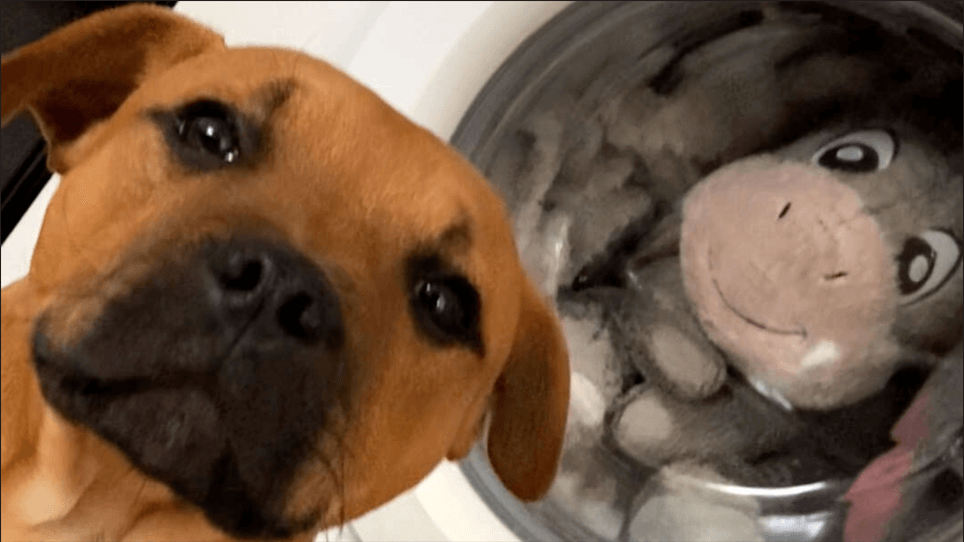 Ragnar, a pitbull, would never want his toy to be away with him even just for a minute. He loves his toy so much that he hates washing it. After washing the plushie, Ragnar was very excited to be with his toy. He grab it with his mouth and ran around the house with it.

Ragnar and the plushie are always together. When his mom tries to take away the plushie from him, he was holding it tight with his paws. “He sleeps with it. He plays with it. He walks with it. And above all, he destroys it.” his owner stated.

The stuffed toy was originally his mom’s but Ragnar would always come to the room and look for it. He get it from the room and brought it to his bed, then his human decided to let him have it.

After a year, the plushie was completely destroyed. His owner decided to buy a new one and Ragnar couldn’t hide his excitement. He couldn’t see the difference between the old and the new.

A bigger toy was also given to Ragnar and he was so shocked how his favorite toy became that big. So cute! 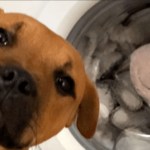