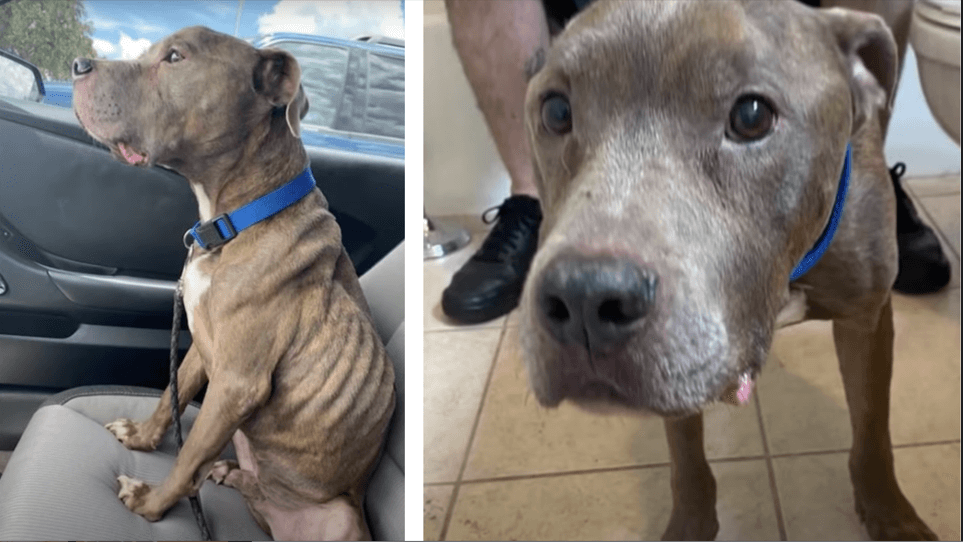 Microchips have helped reunite many dogs and humans, but sadly, they’re not always checked right away. A Pit Bull named Harley went missing for eight years even though he had an up-to-date microchip. His family was devastated, but they never gave up hope that their loving dog would one day return.

When someone finally found Harley, the poor pup was severely malnourished with overgrown nails. But despite everything the pup endured, he was still as optimistic and loving as can be. His journey has a happy ending, so it’s a good reminder for families with lost pets to never give up hope.

In February 2014, Betsy Dehaan let her dogs outside to do their business at her Florida home. When she looked away for a moment, they ran into the nearby woods, and after following them, Harley was nowhere to be found. Harley was only a few years old at the time, and Dehaan hoped someone would find the pup and scan his microchip.

But sadly, years went by without sightings. Harley was gone for eight years, but his family never forgot about him. One morning, Dehaan was reminiscing about Harley and talking about what a good dog he was, but then, she got an unusual phone call.

Someone texted Dehaan to tell her that they found her lost dog and that he was at Lee County Domestic Animal Services. At first, Dehaan thought it was a prank.

“I’m like, ‘is this a scam?’ Because we were talking about him that morning,” Dehaan said. “I got the text, and you know how you think Google always picks up on your advertisements? I’m like, ‘this is a scam. This is not real.’”

But it wasn’t a trick. The dog at the Florida shelter was really Harley. Angie Bray had found the severely malnourished pup and brought him to Cypress Lake Animal Hospital. When someone scanned Harley’s microchip, they got Dehaan’s number.

“It made me cry. It was just so heartbreaking to think about being torn away from my animals and unable to find them,” Bray said.

Dehann has moved from Florida to Missouri since Harley went missing, but she didn’t let that stop her. She drove over 1,000 miles to pick him up, and even before she saw him, she was sobbing.

When a staff member brought Harley out by his mom, his tail wagged like crazy and he gave her lots of kisses. He’s a lot older than the last time Dehaan saw him, but he has just as much love to give.

This story is a good reminder that dog parents should microchip their pets. It may help bring them home no matter how long they’ve been lost. Make sure your dog’s tag and microchip are always up to date with your current contact information.

Pit Bull Rescued From A Fighting Ring Is Given His First Snack, And ‘Loses His Mind’


🐕 We are a small group of dog-loving people who decided to undertake this small project to help dogs that are abandoned in the streets. Using a % of the money raised from sales, we take care of feeding them and grant them a home to live in.