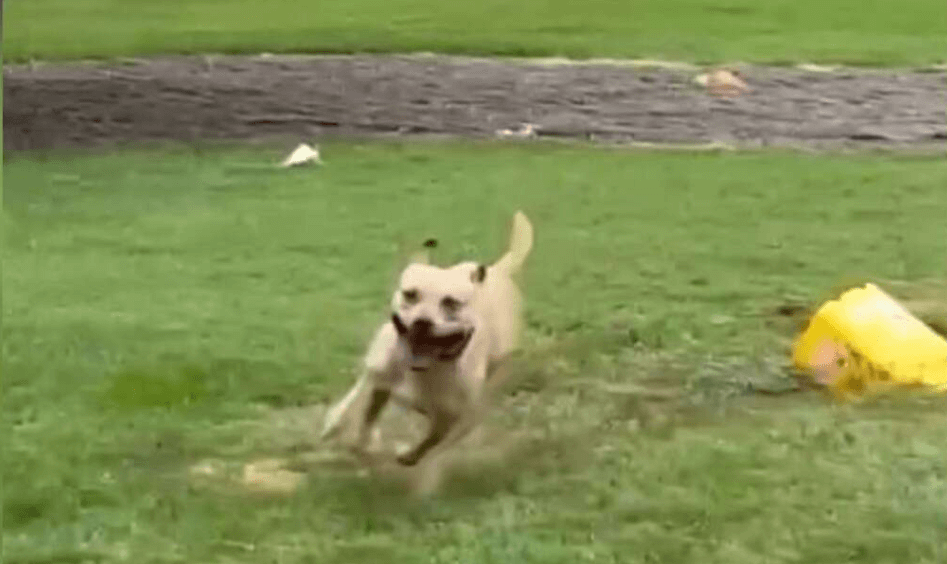 Rambo was removed from a shelter by Forgotten Dogs Rescue staff members, who then placed him with a foster family. They had no idea how much the pit bull mix would enjoy the freedom.

Even though it was raining outside, he was still going to go.

Rambo eventually left the shelter after 175 days, and he was so ecstatic that he started dancing and running in the rain.

“I cried happy tears when his foster mom sent me the video,” said Julie Saraceno, a shelter volunteer. “That was his second day in his foster home, and the absolute joy in his eyes and the feeling of freedom was wonderful to watch.”

Rambo was astonished to see a wide grassy yard after leaving a tiny concrete kennel.

Check out that instance here:

There is an excitement in the young canine with the lovely, large eyes. Though he has a lot of energy, he also enjoys playing with cats and other dogs. He also likes to cuddle on the couch.

“He is the sweetest guy to the people he considers his crew,” Saranceno said.

Rambo is making daily progress toward gaining self-assurance and overcoming his fear. He was first discovered as a stray wandering the streets of Kennewick, Washington. He has acquired many additional skills that have helped him become a wonderful boy, such as obedience and how to interact with strangers, while working with a trainer.

Rambo will be ready to meet potential matches for his permanent home once his training is complete, ideally, one where there is space for him to use all of his enthusiasm.

Pretty soon, Rambo won’t have to jump at every opportunity to get outside. Soon, he will be in his yard and with his own family. 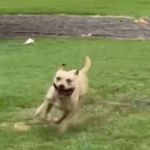