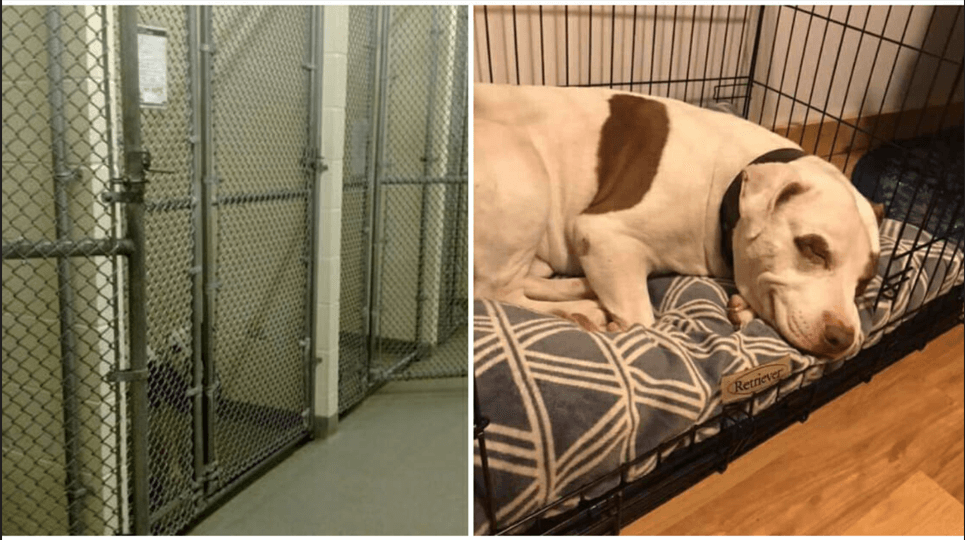 Some shelter dogs have to wait a long time before finding their forever home. It can be heartbreaking for them, seeing all the other animals go home to families while they’re passed over again and again.

So imagine being the very last animal left in the shelter. That was the case for one dog, who was left all alone and nearly gave up hope… until he finally got his own happy ending.

“We didn’t expect it to take this long to find someone that would open up their hearts to him,” shelter volunteer Sammie Vincent told FOX 17.

He was adopted at one point, but it didn’t stick: the family returned him to the shelter after a year, which broke the poor dog’s spirits.

“He lost quite a bit of weight as he just did not have the appetite he did in his home,” shelter director Carly Quinn told The Dodo. “It was very hard to get him to eat. We had to coax him daily with treats and assorted wet foods.”

Capone’s luck didn’t get much better after returning to the shelter. People passed him by, and others expressed interest only to never show up.

Making it even more heartbreaking, it got to the point where Capone was the only animal left without a home.

“All the kennels were empty, except for sweet, quiet, kind Capone,” Carly recalled.

By early 2019, Capone was 7 years old and still had no takers. But the shelter didn’t give up, and doubled their efforts to find him a home.

They published the dog’s sad story on Facebook, hoping someone would open their hearts and adopt him. Amazingly, the post was seen by just the right people.

A woman named Ashlee Long and her husband John saw Capone and immediately fell in love: “I just like fell in love with his face right then,” Ashlee told FOX 17. “I like, didn’t know how he was the only dog left.”

They visited the shelter, and immediately hit it off—clearly Capone was ready to go home after all this time: “He just came up to us,” Ashlee said. “We both just kinda knelt down with our hands out for him, and he just came right up to us and started snuggling, wagging his tail, we just knew we had to take him.”

They took Capone home, and the dog gave a big, warm smile, knowing he finally had his forever family:

Capone’s friends at the shelter knew it was meant to be, and cried tears of joy watching their final dog leave the shelter at last.

“It was truly a tearjerker,” Carly told The Dodo.

How beautiful! It took a long time, but we know Capone will finally be happy in his new forever home. Never give up hope!


🐕 We are a small group of dog-loving people who decided to undertake this small project to help dogs that are abandoned in the streets. Using a % of the money raised from sales, we take care of feeding them and grant them a home to live in. 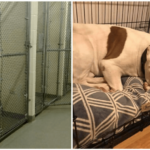