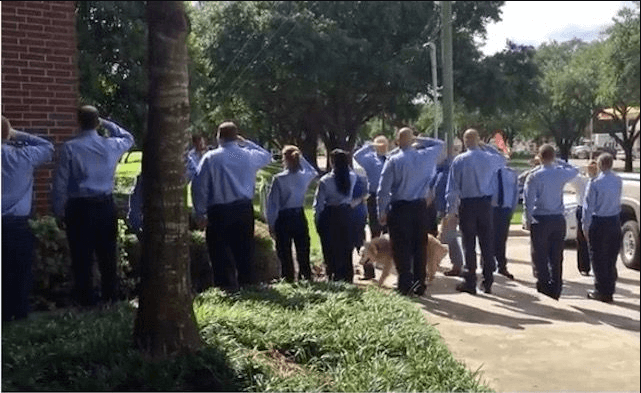 The last known surviving search dog following the attacks of 9/11 was given the goodbye of a hero as she was laid to rest.

Bretagne, a Golden Retriever, had lived an impressive 16 years–almost 17, as her birthday was in August. This brave yet gentle soul will always be known for the heroism she displayed in the aftermath of disasters, including the terrorist attacks of September 11th, Hurricanes Katrina and Rita, and more.

As she grew older, she began working with children to develop their reading skills, because, for some, an audience of peers can be very intimidating. With comfort and calmed nerves, this kids would gladly read aloud to the patient Bretagne.

After a full life, the elderly Goldie began having hard time getting around, and pain had begun to sink into her joints. In the video, you’ll see how she struggled to get out of the van when she arrived at the vet. This hero did not deserve to suffer any longer, so it was decided that she would be laid to rest in comfort, dignity, and honor.

Firefighters and rescue workers lined up to solute this angel as they bid her an emotional farewell. 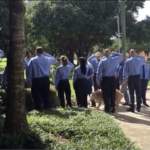