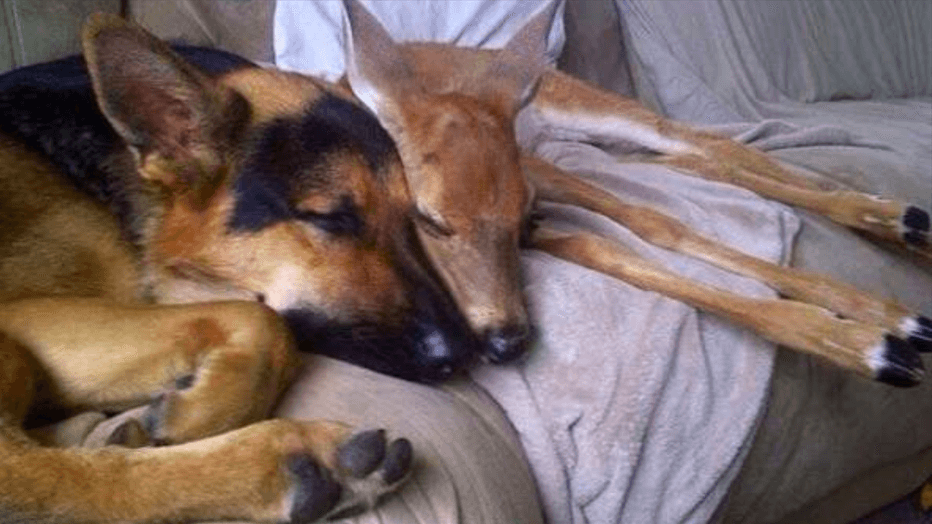 It’s amazing how loyal and protective dogs can be. They’re always ready to step up and help someone in need, from people to other dogs.

It’s even more inspiring to see them protect another animal. We love seeing different species form unlikely bonds, like this dog who has became best friends with an injured deer.

Sarge is a 9-year-old German Shepherd who got a very unexpected new sibling when his owner Cheryl Stephen brought home an orphaned fawn she had found lying on the road.

To Cheryl’s surprise, the dog instantly stepped up to care for the poor deer, who she named Buckwheat.

“Something clicked in Sarge and he took to Buckwheat instantly,” Cheryl told The Dodo. “He wanted to be involved with every aspect of Buckwheat’s care… He took on the role of being Buckwheat’s guardian.”

As the deer grew and got back on his feet, Sarge was happy to lead him around, and Buckwheat followed him close like he was his big brother.

“When we’d take Buckwheat outdoors, Sarge walked alongside him and kept him from wandering,” Cheryl said.

Over time, Buckwheat grew up. It got to the point where he no longer needed Sarge’s help, and was getting too big for the house.

He was finally ready to return to the wild.

But while Buckwheat is off on his own now, Sarge has still had plenty of deer to take care of.

Cheryl has continued to take in and rehabilitate injured and orphaned deer, and Sarge is always eager to help. While some of the deer do not make it, they give them all the love and care they can.

“When I walk in the door carrying a fawn, Sarge springs into action,” Cheryl told The Dodo. “He wants to check them over and he will frantically sniff and nose around to determine their condition.”

“The fawns are drawn to Sarge and feel safe in his presence. Sarge won’t leave their side.”

Thank you, Sarge, for always taking such great care of these baby deer when they need help! It shows just how smart and loving dogs can be. 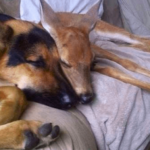