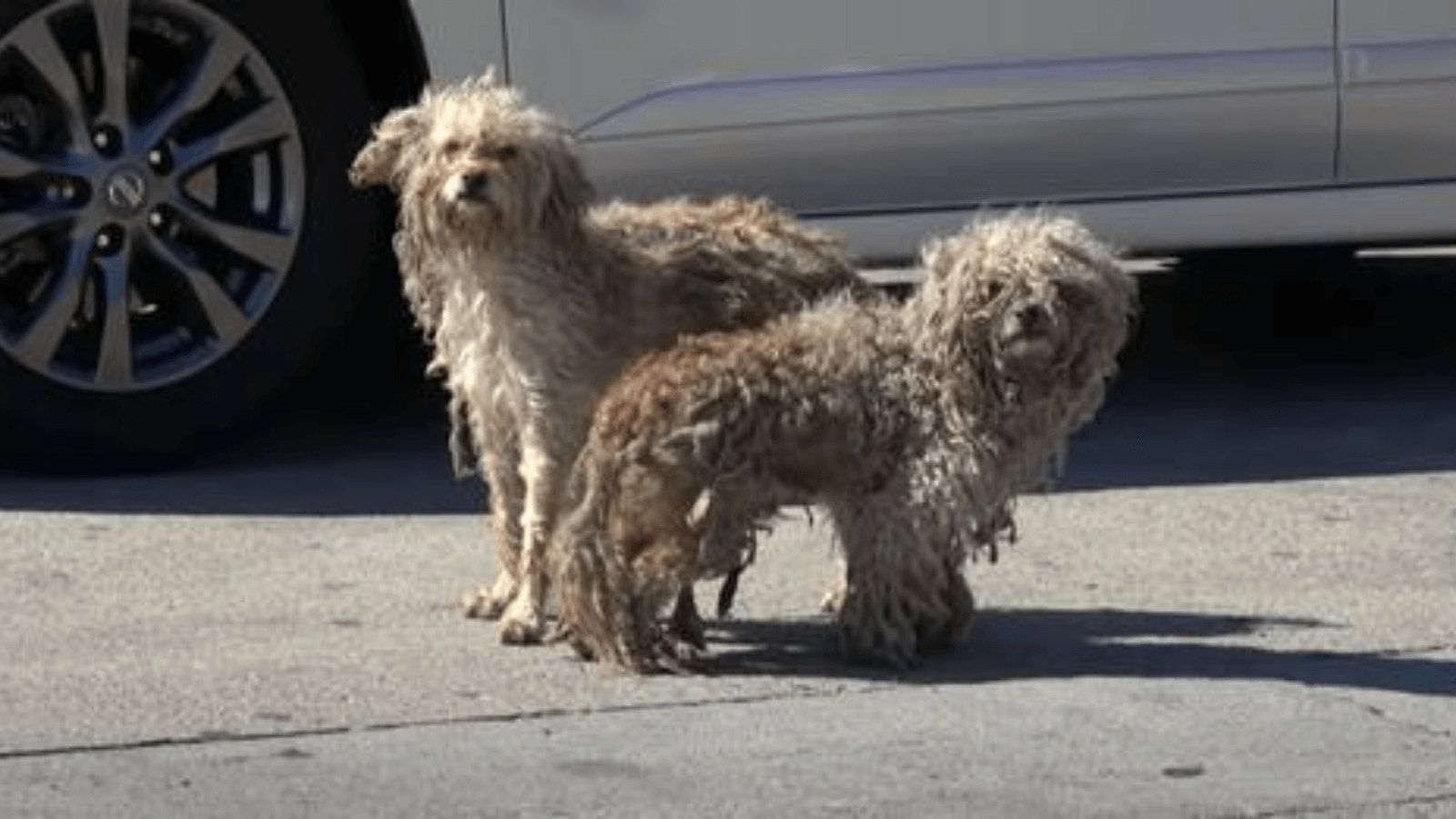 Hope For Paws received word of two homeless dogs roaming the streets trying to fend for themselves. They set out for rescue and arrived on scene to see that one dog was missing half of one leg, and neither trusted humans — especially men. Rescuers would ask a nearby resident if they could use their fenced yard to help prevent escape.

After some careful planning and tense moments, the dogs were finally cornered by a cheeseburger! The Lucky Leashes were applied, and all of the stress would be well worth it in the end. They named the injured boy Hudson and the other Lawrence, and they headed back to CARES for checkups.

Both dogs were in desperate need of baths and medical attention, and at the hospital they seemed to realize this was the best day of their lives! Hudson needed to have surgery to have his leg removed, and then they were ready to be fostered by Foxy and the Hounds. The friendly dogs just need that loving forever home now! 🙂 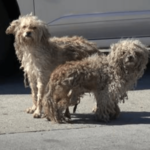