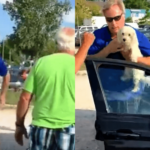 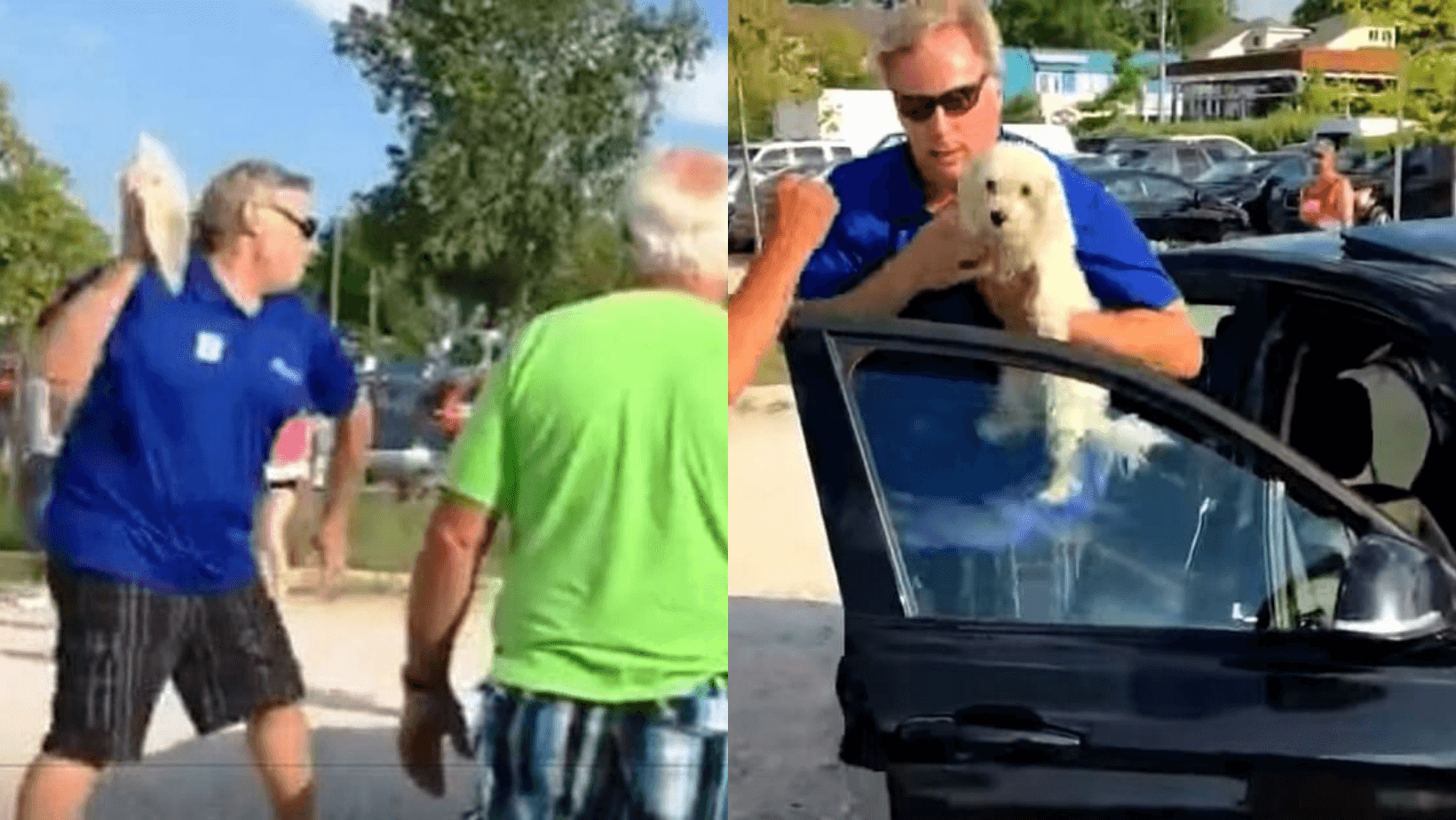 It’s an alarming sight to see a big man hurling a massive rock at a car window. So when a radio sales manager named Mark Lewis picked up a large lock and aimed it at a black BMW parked at Grand Bend Beach, the onlookers naturally went into a state of frenzy. But soon, they realized the real reason that warranted the man’s drastic actions.

Apparently, a small white dog was panting haplessly after being trapped in the hot car for a while. The temperature was around 86F outside, which meant the temperature inside the car was way higher. Mark made an announcement at the beach’s music festival to locate the dog’s owner. But when no one showed up, he decided to rescue the dying pooch himself.

Many bystanders warned Mark about the repercussions of his actions, but the man ignored them and prioritized the dog’s safety. After hitting the rear window with the rock 3 times, he was finally able to smash the glass. Mark immediately grabbed the lethargic dog in his arms and helped him cool down for the next crucial moments.

The dog was drenched in sweat and disoriented for some time, but he soon regained his senses and was back to being a playful pooch. The owner came for the dog a solid 50 minutes after the rescue, but the cops had already arrived by then. While the owner’s identity was not revealed, the dog was taken into custody by the cops.

Mark has admitted that he was in a dilemma over “destroying private property”. But once he saw that time was running out for the dog, he stopped thinking about the consequences. Thankfully, the cops have made it clear that Mark is not in any trouble for saving the dog. However, they have urged owners to use a healthy sense of judgment before leaving a dog in a hot car.

Click the video below to watch how Mark risked being on the wrong side of the law to save the tiny dog suffering in the hot car.