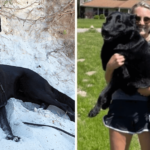 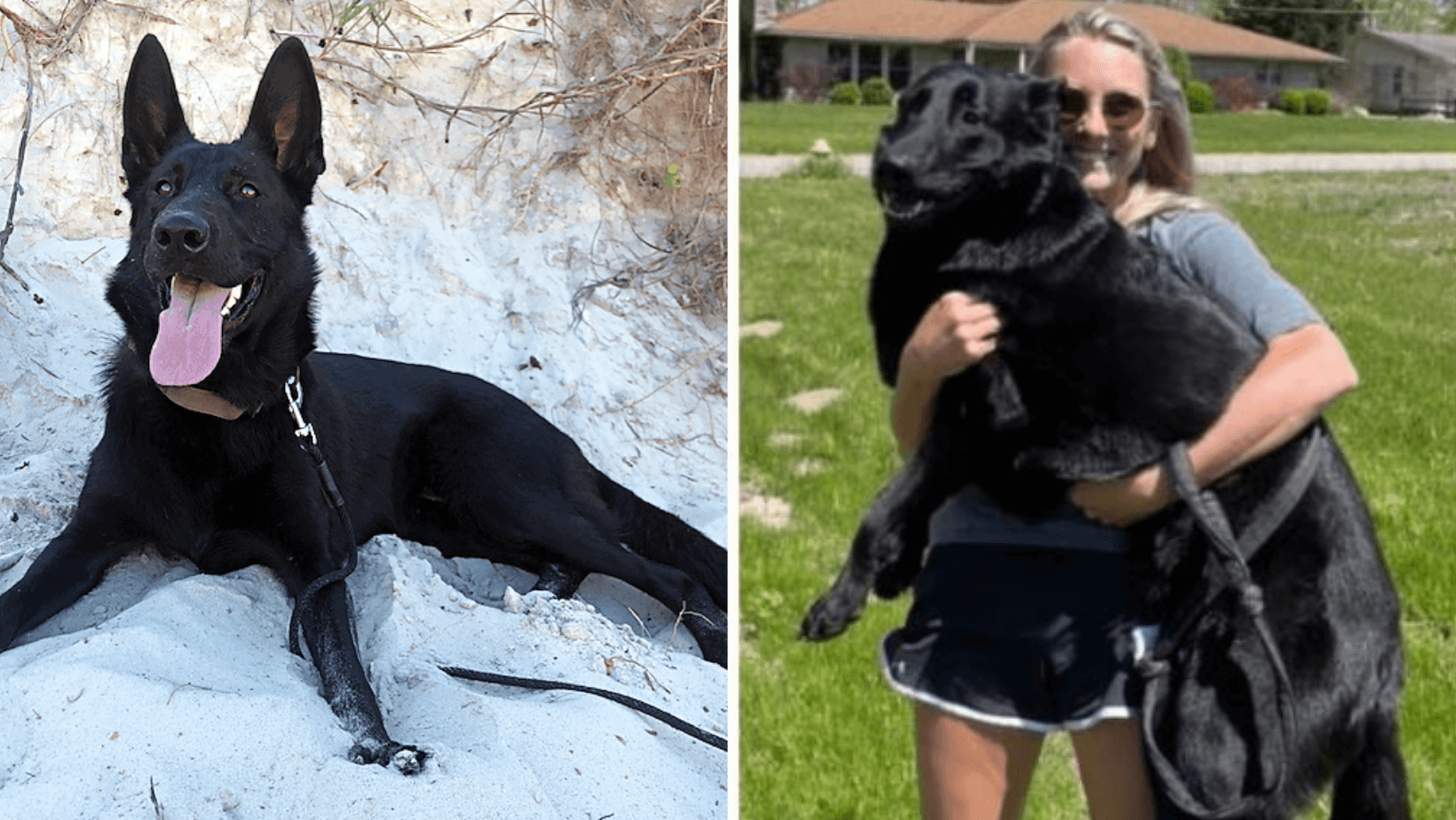 Dogs are never “just pets.” They quickly become part of our family, so when anything happens to them, it could be just as heartbreaking as if it were our human children. Three-year-old black German Shepherd Cass was definitely part of Becca Williams’ family. Williams first adopted Cass back in August of 2019. She was searching Craigslist for a couch after moving 12 hours south from Maryland, and came across Cass’ listing. She knew immediately that she had to adopt her..

They quickly grew into the best of friends and have an indescribable bond. They do everything together, so when Cass got out the back door of their St. Augustine, Florida home and went missing, Williams was devastated. Williams immediately jumped into action to find her beloved pooch.

She searched everywhere, put up posters all over the town, called veterinarians and shelters in the area, and posted to Facebook in the hopes that someone would find her. She also created a Facebook page called “Finding Cass,” where people could post about Cass’ possible whereabouts.

An employee at a gas station then contacted Williams and told her that he had saw a dog that looked just like Cass, playing with a woman and her daughter. He said it looked like they were living out of their van, but had since left. It turns out that the woman had assumed Cass was a stray dog, fell in love with her, and took her along for their ride.

A month later, Williams received a call from the woman’s relative, saying that the woman had just returned from St. Augustine to their home in Indiana with a “stray dog.” But the relative saw how well-trained Cass was, and knew the she had to belong to someone. She searched online and eventually stumbled upon Willams’ Facebook page for Cass. She put two and two together and knew right away that this “stray dog” was in fact Cass.

She immediately contacted Williams to let her know that they had her dog. Williams was so relieved and contacted the woman who had Cass, but the woman refused to give Cass back to her. She told Williams that there was no way that Cass wasn’t a stray, and that “it was God’s will she found the dog.”

After some convincing from Williams, the woman eventually agreed to give Cass back. Williams immediately left St. Augustine and met the woman halfway in Nashville, Tennessee to reunite with her beloved dog.

When Williams got there, Cass ran toward her and jumped on her. “She was squealing, crying and freaking out,” Williams told WTHR. “I just had chills, I was crying. It was the most pure moment I’ve ever had.”

Cass is now back at home, getting the best sleep she’s gotten in a month. She is so happy to be back home where she belongs, and Williams is so grateful that she made it home safe, thanks to help from the public.