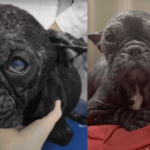 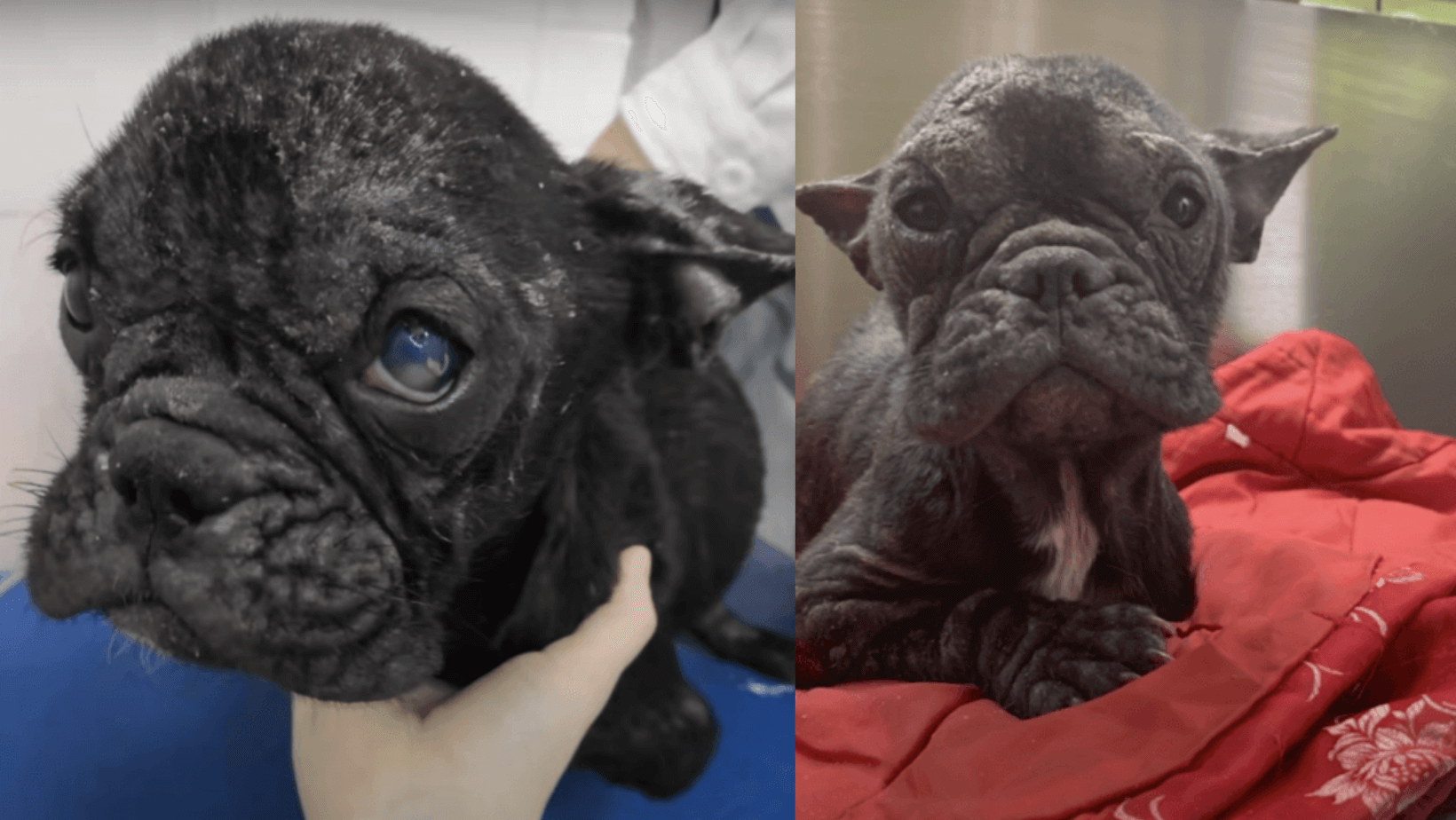 The dog meat trade is still going strong in China. Even in provinces that have made it illegal, backyard farmers and butchers still operate. Dogs are kept in deplorable conditions. Thankfully, groups like Slaughterhouse Survivors try their best to rescue as many dogs as possible.

When Pearl was found on a meat truck, she was missing a leg and her skin was covered in mange. The poor little girl needed extensive medical care as well as love. Pearl’s rescuers were unsure if she’d make it but they weren’t giving up on her.

Amazingly, Pearl pulled through. Her courage and tenacity inspired other dogs around her too! Two months after coming off the meat truck, Pearl was ready to fly to America to meet her new foster mom. Road Dogs and Rescue took care of her transport.

Pearl’s foster mom, Leah, was excited to meet her at the airport. Their connection was instant. Pearl was ready to meet her foster siblings next. They accepted her immediately. Dogs just get it! While they got acquainted and Pearl could play a bit, Leah noticed that she did struggle to get around. Her hips weren’t great and having three legs put a strain on them.

The next step was reviewing adoption applications. Ashley’s application stood out. She’s a kind woman and is also a veterinarian. A volunteer stepped up to take Pearl from California back to the east coast. It was bittersweet saying goodbye but Leah knew that Pearl was ready to meet her new forever mom.

Pearl, along with two other dogs, started their road trip with a bang. She’s such a chill, laidback dog that she accepted the long hours in the car as well as their stops in hotel rooms with her new friends.

They arrived at Cheryl’s home in Allentown, PA a few days later. Ashley drove from New York to meet her new addition. Pearl had no idea how excited everyone was for her to begin her new life. But she would soon find out! Cheryl says in the video posted below that “Pearl is a beautiful creature” and deserves the best life possible. She sure does!

When Ashley arrived at Cheryl’s home and can finally hold Pearl in her arms, it’s as if they were always meant to be family. Now it was time to load her into the car and drive her back to New York. Pearl has surely been a world-class traveler but now it’s time for her to get settled into her forever home and start her new life.

Ashley gave Pearl some time to adjust once they arrived at the apartment. Then she brought out Janet, Pearl’s new sister. The two dogs did the usual sniffing and doggy hellos. Pearl quickly settled in after their meeting. She even knew which bed was hers and fell asleep quickly.

Ashley plans to enroll Pearl in rehab and investigate if a prosthetic leg would help her get around better. It’s incredible how this little dog that was being sold for meat, went from knocking on death’s door to living her best life half-way across the world. Stories like this one remind us that animals are truly warriors. See Pearl’s full adoption journey in the video below!