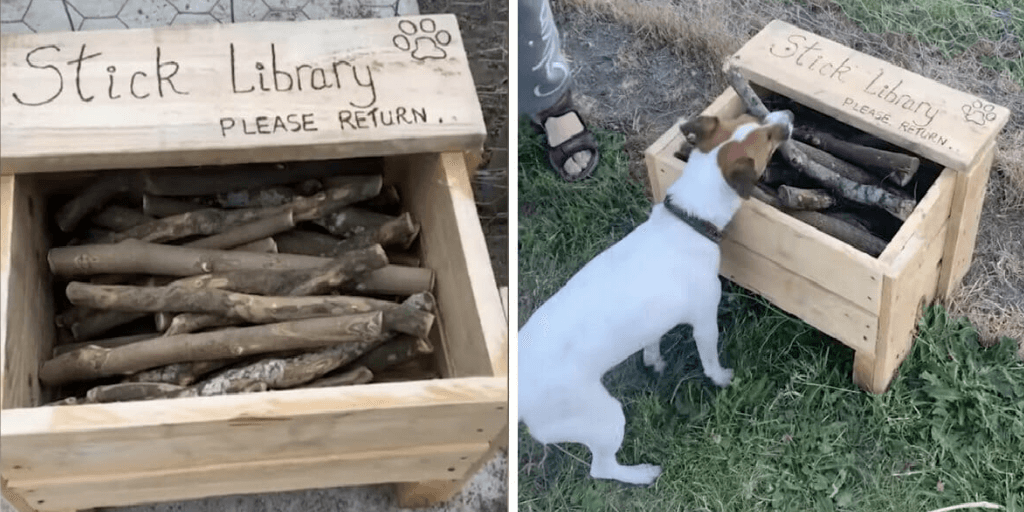 There’s nothing like taking your dog for a day out in the park. There’s so much room to run around and play—and best of all, plenty of free sticks for playing fetch.

But finding just the right stick can sometimes be a challenge—you have to search for one with just the right weight and shape for throwing. It can be a hassle… but luckily, one man has a clever idea to help ensure that dogs always have a stick to catch.

Andrew Taylor is a toolmaker from Kaiapoi, New Zealand. Recently he was trimming trees at home, and seeing the dead branches gave him an idea.

His dog Bella loves playing with sticks because she apparently rips her toys and balls apart too easily. After a new park opened nearby, he noticed how hard it was to find a good stick for the dog to play with.

“When the park opened on November 30, mum and dad took Bella and sure enough there were no good sticks,” his daughter Tayla said, according to Unilad.

So he decided to shape his extra branches into perfect fetch sticks, not just for Bella but for all the local dogs to use. He even made a special box so they would always know where to find them.

“Dad is the type of guy that is always thinking of things to make, so the next day he found a suitable crate and made the sign for the top.”

He engraved the words “STICK LIBRARY” on the box and took it to the park.

“He decided to call it the stick library because it implied that you return the stick once you’re finished with it,” Tayla said.

The project was a big success. Tayla posted videos on TikTok of lots of dogs taking a nice big stick out of the crate to play with.

The dogs love it, and their owners appreciate not having to go looking around for a stick.

What a great idea! It’s such a simple project that clearly brought a lot of joy to this community of dogs and their owners. Thank you to this dad for thinking of them!

We hope more parks will have their own “stick libraries” one day! Share this story to spread the idea!