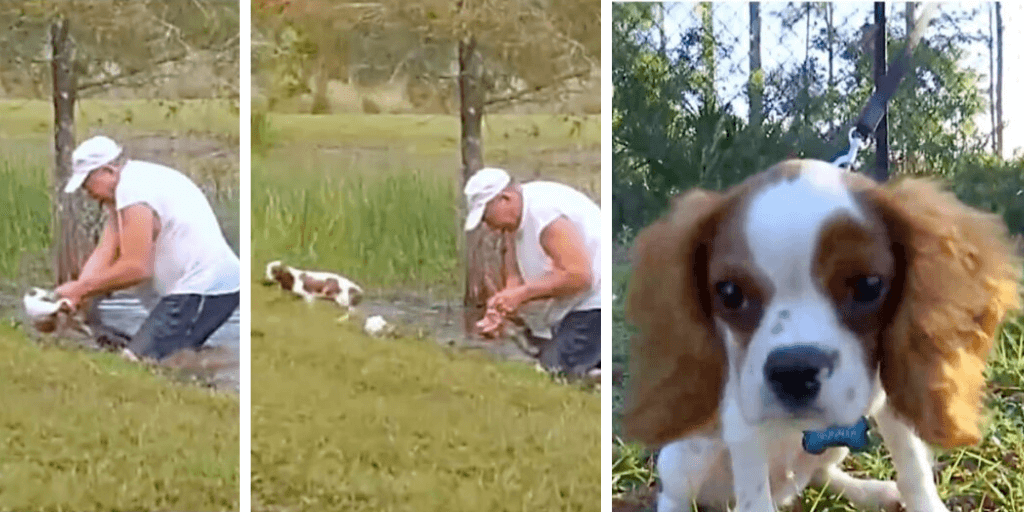 Richard Wilbanks risked his life to save his tiny beloved pup from the jaws of an Alligator.

He and his dog, Gunner, were outside in an Estero neighborhood in Florida when an alligator grabbed his dog and dragged him into a pond.

Adrenaline immediately set in and Wilbanks rushed to saved his furry best friend. He jumped into the water and pried open the gator’s mouth to get Gunner out as fast as he could.

Gunner had a little puncture wound and Wilbanks’ hands were chewed up, but aside from that, they were thankfully both OK.

Wilbanks hopes his terrifying experience will remind people to make sure they keep their pets away from the edge of water. Wilbanks told Wink News that he will not only keep Gunner away from water, but will now always keep him on a leash.

The Florida Wildlife Federation (FWF) is encouraging everyone to take precautionary measures, especially those who live or recreate near the water.

They want people to understand that dogs and cats are similar in size to the natural prey of alligators, so something like this happening is not unusual.

The entire incident and rescue was captured on a nearby surveillance camera, which had been set up by the FWF and the fSTOP Foundation. You can watch it in the video below.