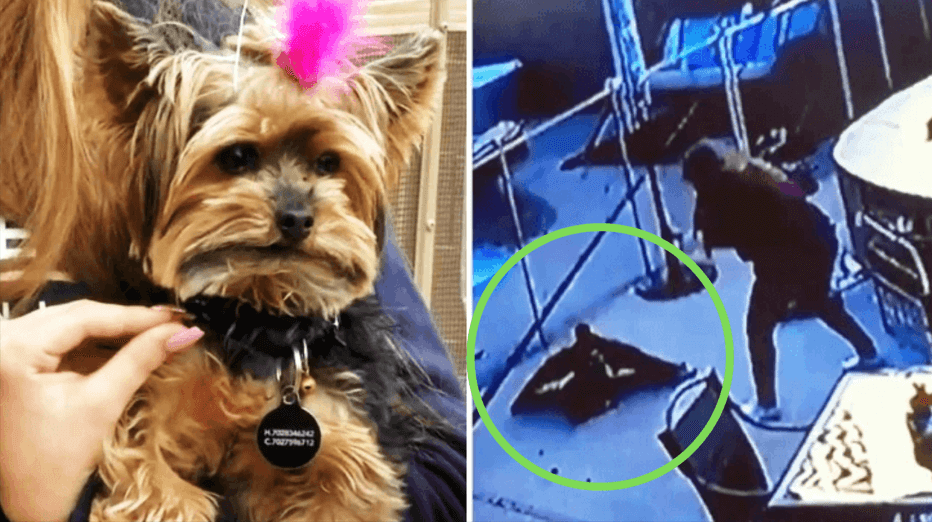 The morning started off well for Cecilia Celis. She let her two Yorkies, Lulu and Heidi, out to play in the backyard of her Las Vegas home. However, she failed to notice that a giant red-tailed hawk had been lurking nearby. The moment the dogs were let out, the hawk swooped in and grabbed Lulu by his claw.

As soon as the predator bird saw Lulu, it grabbed her and started choking her. Heidi was so scared that she just paced around barking at the bird to release her sister. When Cecilia noticed what was happening, she ran out and screamed at the top of her lungs while trying to shoo away the bird, but none of it worked.

Cecilia, feeling hopeless, grabbed the nearest thing to her- a flimsy sofa cushion. She put all her might into it as she started hitting the hawk with everything she had. The attack barely made a dent; however, it was enough to startle the hawk and make him release his grip on Lulu. Cecilia saved her!

Lulu isn’t doing too well after her recent encounter with a hawk. She has a puncture wound on her neck, but other than that she’s going to be all right. Cecilia believes the hawk is someone’s pet because it hasn’t left the area yet. Since there doesn’t seem to be any relief in sight, Cecilia and her family have started being more careful whenever they let their Yorkies out into the yard.

Click the video below to watch Lulu’s terrifying encounter with the red-tailed hawk. 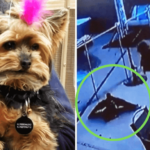