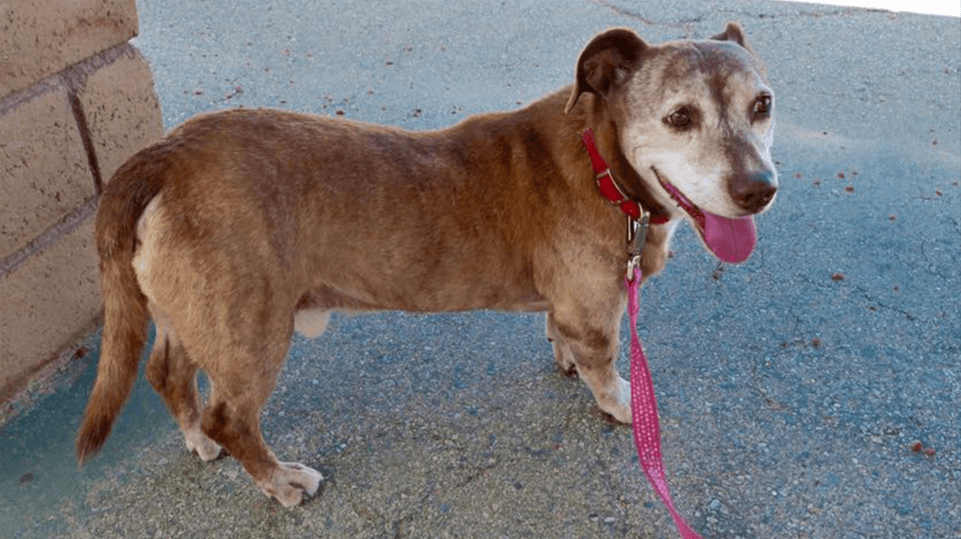 It’s never too late for a dog to find a perfect new home. That was the story for Solovino, a deaf senior dog who found someone to love him after spending his whole life on the streets.

Solovino, whose name means “he came alone” in Spanish, spent the first decade of his life as a stray. But as he got older he got tired of wandering the streets of Southern California, and began staying on a woman’s porch.

The woman contacted Rocket Dog Rescue, a volunteer rescue group based in the Bay Area, and they took Solovino in. The rescue described Solovino, or “Solo” for short, as a sociable dog who “loves nothing more than to hang out with his people.”

“He is good with all ages of people, but he can be a little shy at first,” reads a post on the rescue’s Facebook group, saying that while Solovino is an “older fellow” he “can still move with the best of them.”

According to The Dodo, Solo spent time in a few foster homes after being rescued, but couldn’t find the right forever home: he had a few adoptions that didn’t work out.

But then, a woman named Carol Messina saw Solovino’s story online, she fell in love instantly. “As soon as I saw his face on their site, I wanted to love him,” Carol told The Dodo.

A huge Star Wars fan, she said she planned to alter his name to “Solo” after Han Solo, and when she found out that was already his nickname, she took that as a sign that it was meant to be.

“I knew it was fate,” she said. “Then when I met him and saw how sad he was, I knew he was going to stay with me forever no matter what.”

But it wasn’t so easy right off the bat: Solo was very shy and scared after arriving in his new home, still wary of people after a lifetime on the streets. And on top of that, Carol realized Solo’s health was worse than she thought: the senior dog was nearly deaf and had bad teeth problems.

But Carol didn’t give up on the dog: in fact, she postponed a minor surgery just so Solo could get his teeth fixed as soon as possible.

Over time, this once-scared senior dog adjusted to his new life, finally in a real home after spending so long as a stray. While he still had health issues, Carol was determined to give this sweet dog the life he deserved.

“The people who live around us are always commenting on how he doesn’t even seem like the same dog anymore,” Carol told The Dodo. “He didn’t smile or barely open his mouth even to pant for months, and now he smiles and rolls around and will run full-tilt across the lawn a dozen times a day.”

“I’m very proud of his progress. It is the best thing I have ever done with my life, and he has inspired me to get more senior dogs who need hospice care.”

We’re so glad Solo found such a loving home! It can be hard for senior dogs to find homes, especially those who have disabilities and medical issues, but it’s clear Solo’s new owner loves him just the way he is. 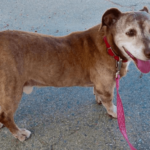