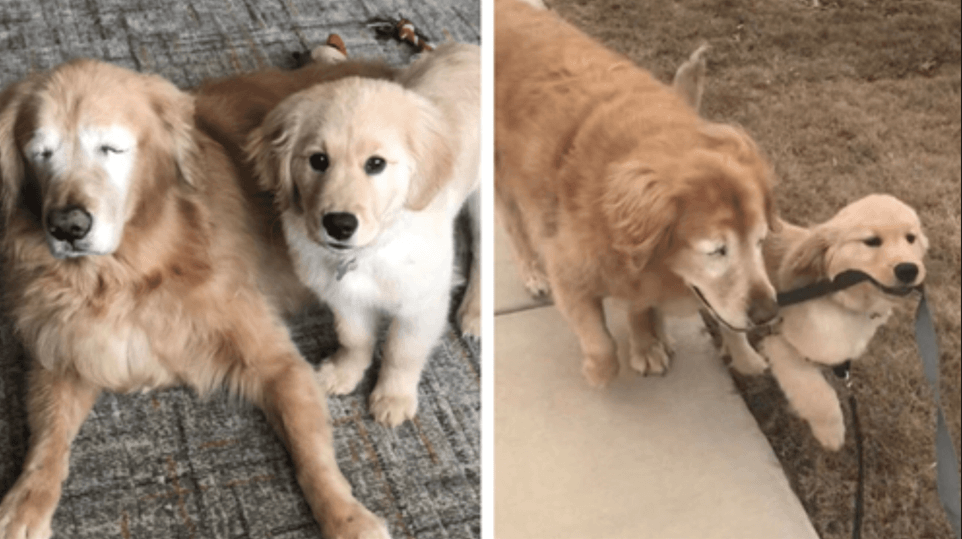 Most people are familiar with the amazing work the service dogs do. Service dogs are like real-life angels that help all kinds of different people with the struggles they face in their lives. This can be completing commands, providing comfort for those who suffer from anxiety, being a guide for people with vision impairments or mobility issues, warning when there is a spike in sugar levels, and even built-in sensors for seizures. Service dogs truly do it all.

Sometimes, they can even prove to be a big help to their fellow canines, this is the case for 11-year-old golden retriever, Charlie. Charlie was experiencing a major life adjustment after he had lost both of his eyes to glaucoma.

Related Post: That Moment When a Beagle Puppy Learns He Has The Ability To Howl!

According to AKC, Glaucoma in dogs is a rise in eye pressure. The pain associated with Glaucoma causes tearing, squinting, and elevation of the third eyelid. Blood vessels become prominent in the conjunctiva (the white of the eye), and the cornea, which is normally clear, can look blue due to edema. Some dogs lose vision within a few hours, which was the case for Charlie. ​​

His owners, North Carolina-based Chelsea and Adam Stipe quickly noticed the toll that it had taken on their normally uppity pup, who was really struggling to get used to his new normal following the loss of his eyesight.

Once the idea was brought up that Charlie could benefit from the help of a service dog, it would take some convincing. In an effort to help their beloved dog, they started off his new year with what could be a helpful hand. A puppy named Maverick could help solve a lot of problems.

It was not an instant connection at first since Charlie was a little hesitant about getting close to Maverick. However, Maverick soon realized that Charlie was struggling in life and stepped in to help. The couple eventually began to call Maverick their “seeing-eye puppy.”

“When they would play, Maverick would realize that Charlie would lose the toy sometimes. So Maverick would pick it up and put it back in front of him to re-engage playtime. They almost turn into little sled dogs where they will walk each other too.” Chelsea and Adam said to NBC Philadelphia.

If you want to see more about Charlie and his new BFF Maverick, you can keep up with them right on their own Instagram page. 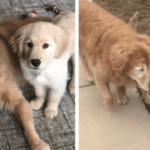