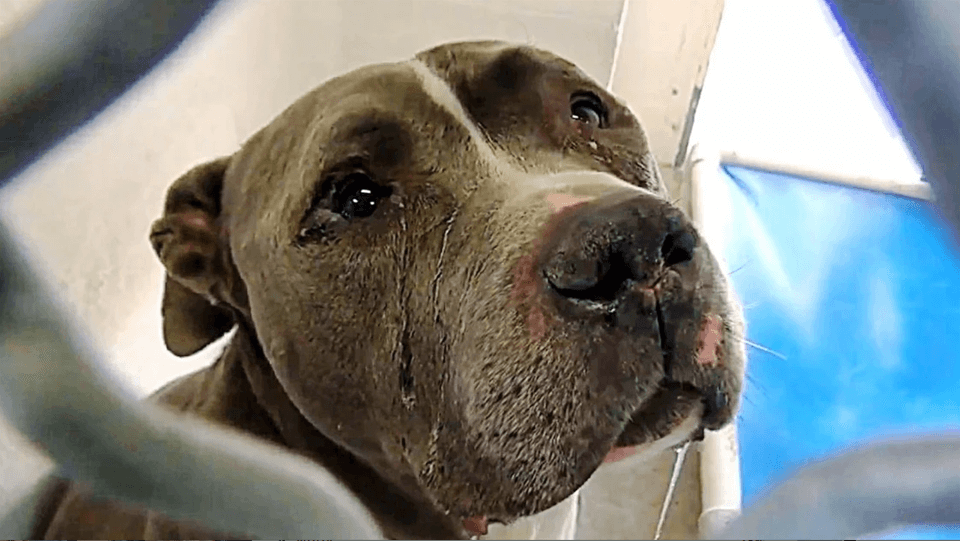 When he was accepted into a family, Blue King (or, Blue) the Pit Bull was overjoyed. He loved them deeply and did everything in his power to make them happy.

But one day, when they had to relocate to a new home, the family decided to “let him go” without thinking much about it. They abandoned him at a high-kill facility while they went somewhere else.

Blue was distressed at the shelter, but he was certain that his relatives would return for him. But as he grew more accepting of his fate, Blue’s spirits began to fail him.

He kept overthinking as he believed that his family dumped him because he wasn’t a “good boy”. Soon, workers found him sobbing in the kennel with tears streaming down his face.

The shelter tried to cheer Blue up by giving him his favorite meal. But Blue refused to look at the food. He stopped wagging his tail and also looked away when the workers petted him.

He relentlessly prayed for his family to come back. After seeing his desperate situation, the shelter shared his story on social media and begged people to help him.

Blue fell in love with a woman named Jennifer McKay. She came forward to adopt him and worked hard to help him overcome the emotional scars of his abandonment. Blue is currently a happy, confident dog who no longer has to worry about the durability of his new mother’s love! This adorable guy will never have to shed another tear again. ❤️ 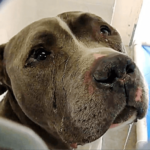