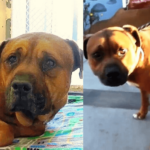 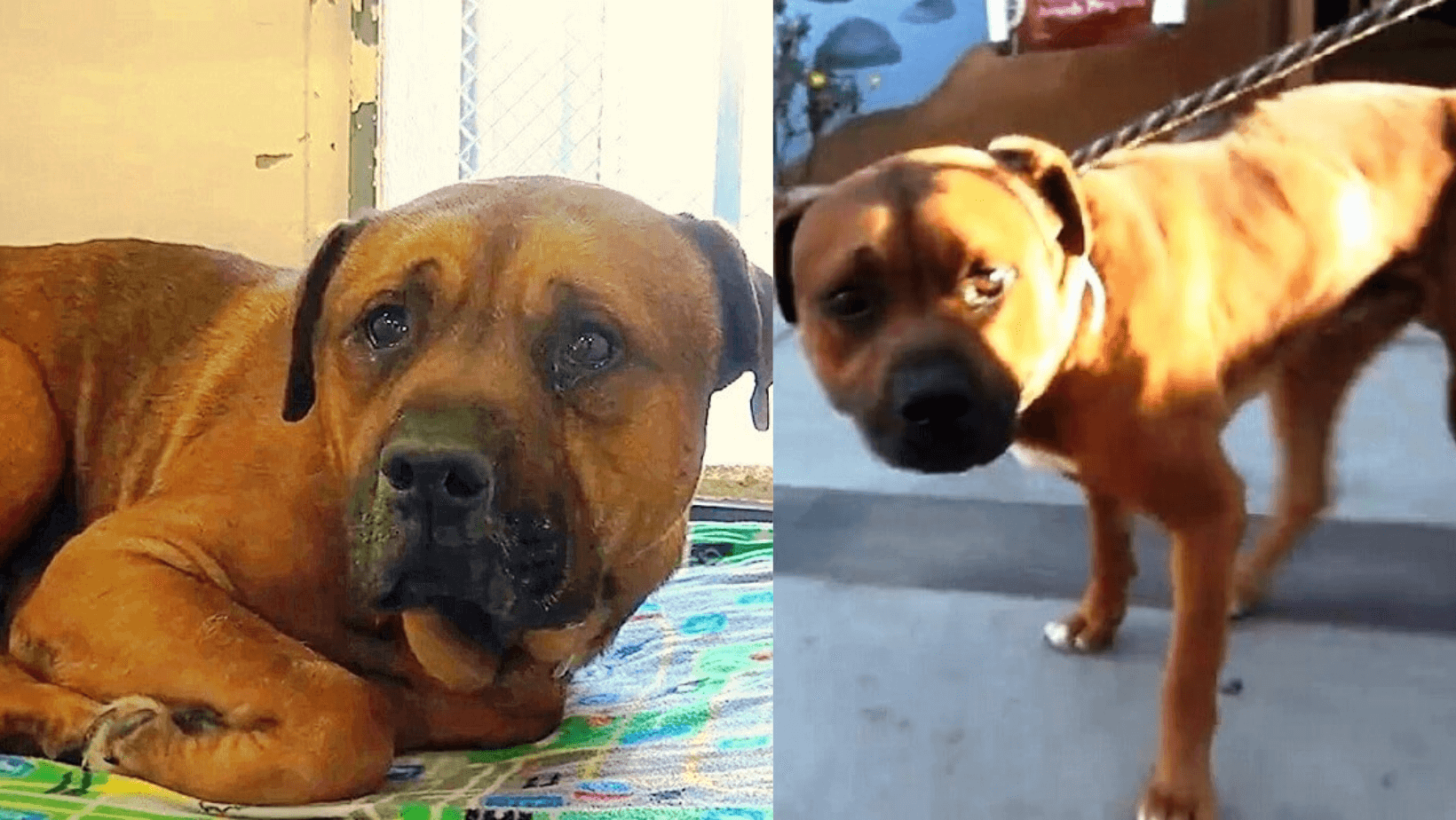 Every dog adorns their owner’s life with undying loyalty and unflinching love. But sadly, these pure feelings are not reciprocated for them sometimes. AJ the 6-year-old dog was devastated when his family turned their back on him and left him to rot at a high-kill shelter. The Pit Bull-Labrador mix literally broke down in tears upon realizing the betrayal.

AJ was inconsolable as he shut himself down in his cold and lonely kennel. His sorrow and confusion worsened every day till he couldn’t bear it anymore. He knew he was unwanted and he blamed himself for not giving “enough love” to his family. All those self-loathing thoughts pushed him toward depression and his eyes began overflowing with the saddest tears.

The shelter workers were taken aback to see the dog crying real tears, trembling and breathing heavily. It was clear that he knew he had been thrown away by his family and the fact that he meant so little to them broke him down. He would just lay in his little bed all day and weep at his fate.

The shelter workers failed to comfort AJ as he resigned to his bleak future and refused any form of interaction. Over time, the workers knew they had to share his story with the community to raise awareness about the mindless rejection of dogs who are super attached to their families. AJ’s story tugged at the hearts of the people and they began sharing his tale of heartbreak.

As AJ’s story circulated far and wide, he eventually found a forever family that was willing to embrace him unconditionally. The sweet pooch couldn’t believe his luck when he was finally let out of the kennel to meet his new humans. His tears were gone in an instant, proving that all he wanted was love and acceptance. AJ’s story remind us of the importance of staying committed to our pets, for they never give up on us.

Click the video below to watch how AJ’s tears of misery orchestrated his brand new lives.