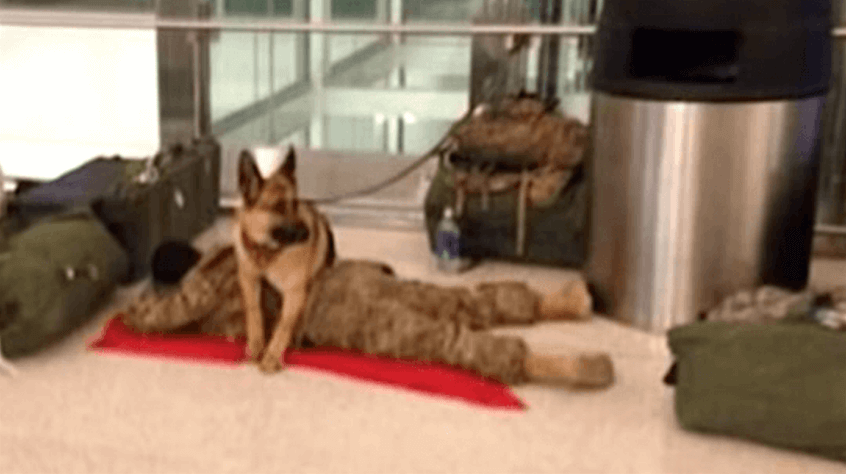 The bonds between soldiers and their battle buddies are stronger than any. Built through love and trust and tested through hardships, nothing can come between these friendships. And the moment caught on camera below shows just how true this is…

Photographers happened to be at the right place at the right time at the Indianapolis airport to cross paths with a group of soldiers passing through. The 10 soldiers and two dogs had some downtime before having to move on, and many of them decided to catch some quick naps.

And one particularly exhausted soldier’s battle buddy took it upon himself to guard and protect her during her sleep by lying directly on top and keeping a lookout. It’s so deeply rooted in these dogs to serve their humans at any and all costs, and it really shows here in a normal, daily application. How lovely! 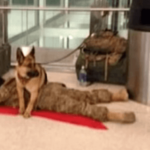