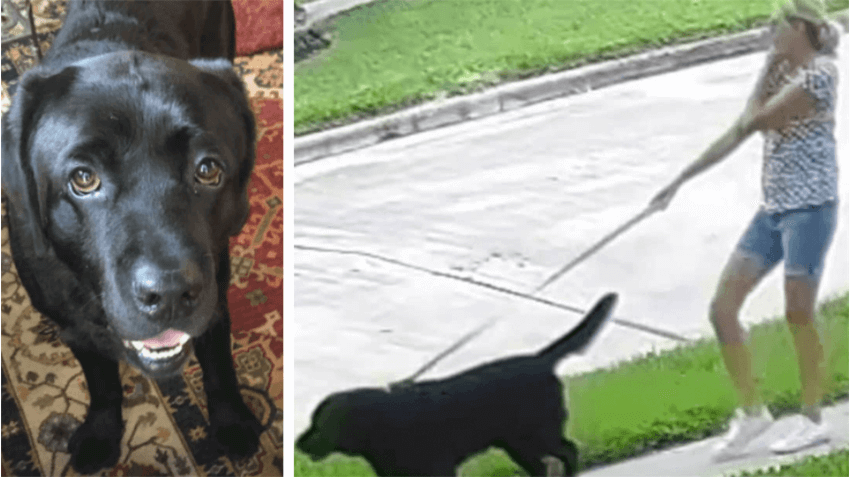 Dogs are such loyal and protective animals. They’re always by their owner’s side when they need them most. There have been many cases of people going missing and then found later with their dog by their side.

And sometimes they even save the day by leading to a rescue. One dog, who is credited with saving the life of his owner, who has dementia was lost in the woods for three days.

Sherry Noppe, a 63-year-old from Katy, Texas, went missing while walking her dog, Max. The situation was an emergency, as Sherry had recently been diagnosed with dementia, and her family worried that she was confused and disoriented.

Authorities and local citizens began a widespread search, searching through the woods to find Sherry and get her home safe.

Thankfully, she was found. After three days missing, Constable Ted Heap confirmed that Sherry had been located in George Bush Park at about 3 am on Friday by “a group of tireless volunteers and deputies.”

But it was her loyal dog Max, who was by her side the entire ordeal, that ended up saving the day: his barks reportedly alerted the search team to her location.

Volunteers in the rescue crew say that they followed the sound of the dog’s barks, guiding them through the woods in the dark of night.

“There was a lady, she had a drum, and she said, ‘The dogs respond to this drum,’” volunteer Ramona Brown recalled to ABC 13. “She was right here where we’re standing. When she started playing the drum, the dog barked once only once. So, we all called ‘Max’ for what? Five hours?”

“Us and police had heard some dogs barking faintly here and there, so we just kept listening for that,” added Michael England, a family friend. “We were happy to find her. Happy that she is alive and healthy. The dog was there. Everything was good. I mean, the dog saved her life.”

Constable Ted Heap said it was a “small miracle” that the woman survived her three-day ordeal. Sherry reportedly only had minor cuts and bruises and is now recovering well.

“She said she just kind of took a wrong turn and got lost and got circled around, but after that, she doesn’t really remember much, kind of got disoriented,” Sherry’s son Justin Noppe told KHOU 11.

The family thanked all the volunteers and authorities who searched for their mom but especially praised Max for saving the day. Not only did he lead rescuers to Sherry, but he stayed by her side the whole time.

“That dog had no leash, no collar, and stayed by her side for three days,” Justin said. “And that just shows you the loyalty the dog has.”

It was even more remarkable for the fact that Max doesn’t normally bark — he just realized there was an emergency situation and knew to act. “He’s not a barker, and I think something was coming, and he was like I got to protect her,” said daughter Courtney Noppe.

Like his owner, Max was exhausted but unharmed, and is now recovering and being showered with gifts and treats, including a big steak as a reward.

You’re a hero, Max! Thank you for looking after Sherry while she was missing and helping to bring her home safe and sound.

Share this great news as a reminder of how loving and loyal dogs can be. 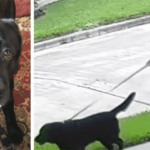