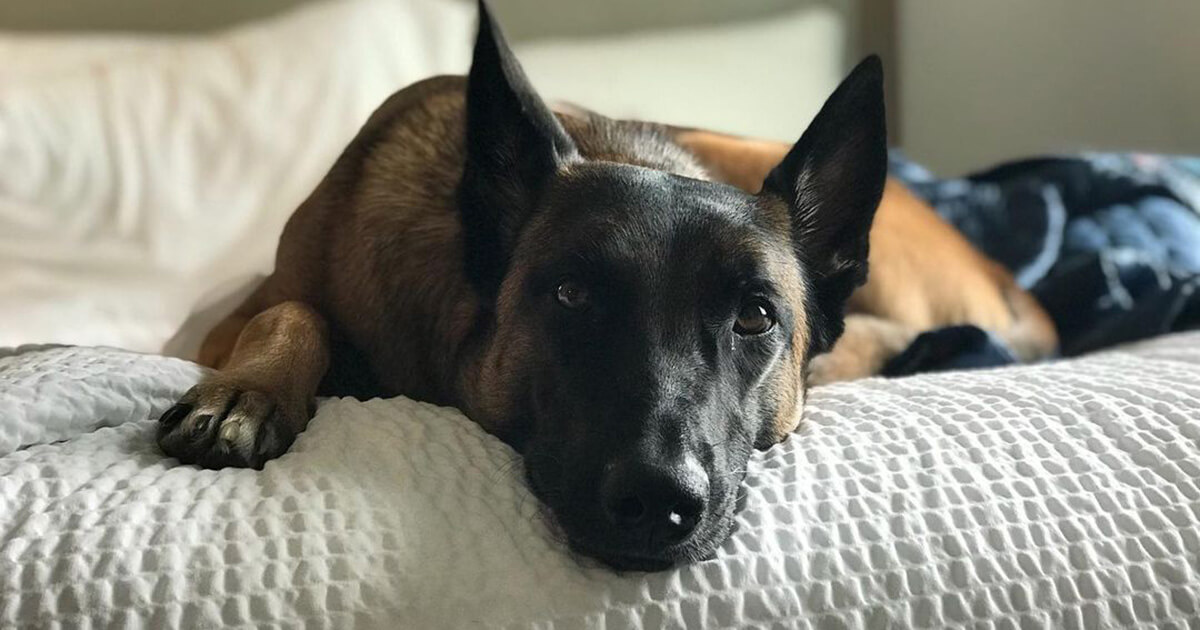 A heartbreaking update to a recent story of a heroic pet: Eva, the dog who saved her owner’s life by defending her from a mountain lion, has died.

Last month, Eva Wilson, of Trinity County, California, and her two-and-a-half-year-old Belgian Malinois Eva went for a walk by the river when they suddenly faced a dangerous encounter.

According to the Sacramento Bee, a mountain lion lunged at Erin, growling and scratching through her jacket. No one else was around to help — except Eva, who bravely jumped into action.

Eva bravely confronted the mountain lion: Erin says she “hit that cat really hard” and distracted the big cat from Erin. But the dog was outmatched, and the mountain lion “latched on to her skull,” causing great pain.

Erin then fought the mountain lion off with sticks and rocks and got help from a passing motorist, who sprayed the animal with pepper spray.

While the dog was seriously wounded, everyone credited her with saving Erin’s life from the mountain lion attack.

“I think it’s safe to assume that dog probably saved her life,” Capt. Patrick Foy of the Department of Fish and Wildlife told Sacramento Bee.

“My dog is my hero and I owe her my life,” Erin wrote on GoFundMe.

At the time Erin said Eva was “not out of the woods,” though vets were “optimistic.” However, the story has since taken a heartbreaking turn.

Erin told the Sacramento Bee yesterday that Eva’s condition had deteriorated recently: she started getting wobbly and having seizures. She was rushed to the animal hospital at the UC Davis School of Veterinary Medicine, but Eva soon passed away.

Erin and her fiancee Connor reportedly took Eva to be buried in Connor’s parents backyard: “Because she really loved it there,” Erin said.

While Eva is gone, she’ll always be remembered and beloved as the dog who saved her owner’s life.

“Goodbye my beautiful sweet girl,” Erin wrote on Instagram. “You are my world, my light, my best friend. The world is a much darker place.”

Rest in peace, Eva. You died after bravely defending your owner — you may be gone but you’ll definitely never be forgotten.

Please share this story to pay respects to this hero dog. 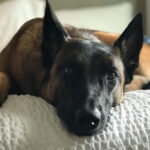