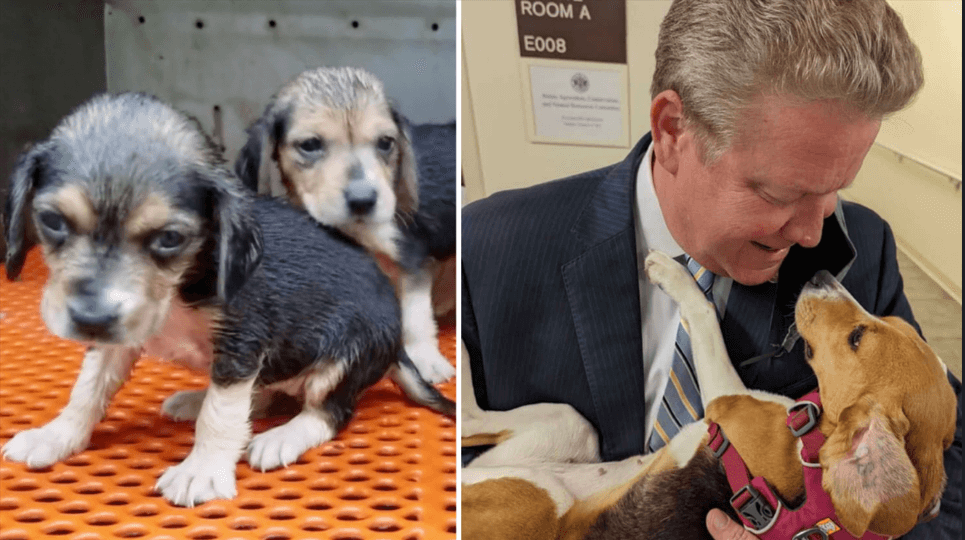 All dogs deserve a loving home and a happy life, but not all dogs are given that opportunity. Too many spend their lives in cruel breeding facilities.

But now in Virginia, thousands of beagles, all bred for medical testing, will get a second chance at life after a judge ordered them to be released into shelters.

Last year PETA investigated a breeding facility operated by the contract research company Envigo in Cumberland, Virginia. They found that 5,000 beagles were being kept in inhumane “prison-like” conditions, and reported the deaths of 350 puppies.

The dogs were bred for lab testing. “The dogs had no beds, no toys, no stimulation—no real lives,” PETA wrote. “For more than 50 years, various companies have bred them at this dog factory farm to sell to laboratories for experimentation.”

Thankfully, the investigation got the attention of local lawmakers, who set out to shut this breeding facility down.

Under fire, Envigo submitted bids for permission to fulfill a sister company’s contract order by selling 2,200 dogs into 2023, but on June 27 this plan was rejected by Senior U.S. District Court Judge Norman K. Moon.

“Today’s ruling properly thwarted Envigo’s shady attempts to ‘prolong operations’ and sell as many dogs as it could despite already admitting that it couldn’t comply with the pitifully minimal requirements of the federal Animal Welfare Act,” says PETA Senior Vice President of Cruelty Investigations Daphna Nachminovitch in a press release.

After that order, Envigo, the Humane Society and the U.S. government presented a joint plan to move the remaining 4,000 beagles in the facility to shelters for adoption.

@MizzHogan WE DID IT — the beagles will be rescued 🎉🥳❤️🐶

Pending court approval or settlement, all 4,000 surviving dogs at Envigo will be spared from experiments & have a chance at adoption!

Thank YOU to all who helped make this happen! 🙌 #Save3000EnvigoBeagles pic.twitter.com/j2l0UeRULG

According to the Winston-Salem Journal, a federal judge in Lynchburg, Virginia signed off on the proposal on Tuesday, allowing the dogs to finally be moved to shelters.

“Virginia is for dog lovers today,” said Virginia State Senator Bill Stanley, R-Franklin County, who co-sponsored sponsored legislation to protect dogs and cats at research facilities, according to the Journal, adding that the goal now was “finding good, permanent, loving homes for all of these dogs.”

Envigo will pay the Humane Society $100 per beagle, and $150 per nursing mother and litter under 8 weeks, which will be transferred to the shelters to help fund the dogs’ care.

WE DID IT — the beagles will be rescued 🎉

Pending court approval or settlement, all 4,000 surviving dogs at Envigo will be spared from experiments and have a chance at adoption! #Save3000EnvigoBeagles

“Envigo’s surviving victims will soon be given the opportunity to have what every dog deserves—the freedom to enjoy life, love, and respect for their individuality as members of a family home.”

JUST IN: Judge approves transfer of all 4,000 remaining beagles at Cumberland breeding facility to shelters for adoption https://t.co/Db5JKSquQ4 #Virginia

Now, shelters are now making plans to care for the 4,000 beagles. According to WRAL, Triangle Beagle Rescue of North Carolina is seeking fosters for the rescued beagles.

While the effort to shut down the breeding facility was a success, now the work turns to get all these dogs the great homes they deserve.

“Getting this facility shut down was a great bipartisan win this year in Richmond. Now who wants a puppy?!” Virginia State Senator L. Louise Lucas wrote on Twitter. “Going to need lots of people to step up here.”

Dog Gives Up Because He Was Deaf, Finds Forever Home With Deaf Man

Getting this facility shut down was a great bipartisan win this year in Richmond. Now who wants a puppy?! Going to need lots of people to step up here.https://t.co/B94MwdRPkU

No dog should have to spend their lives in an inhumane breeding facility or be used for experiments. We’re so glad this operation was shut down and hope these dogs find loving homes soon! 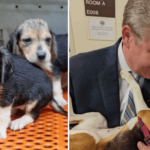