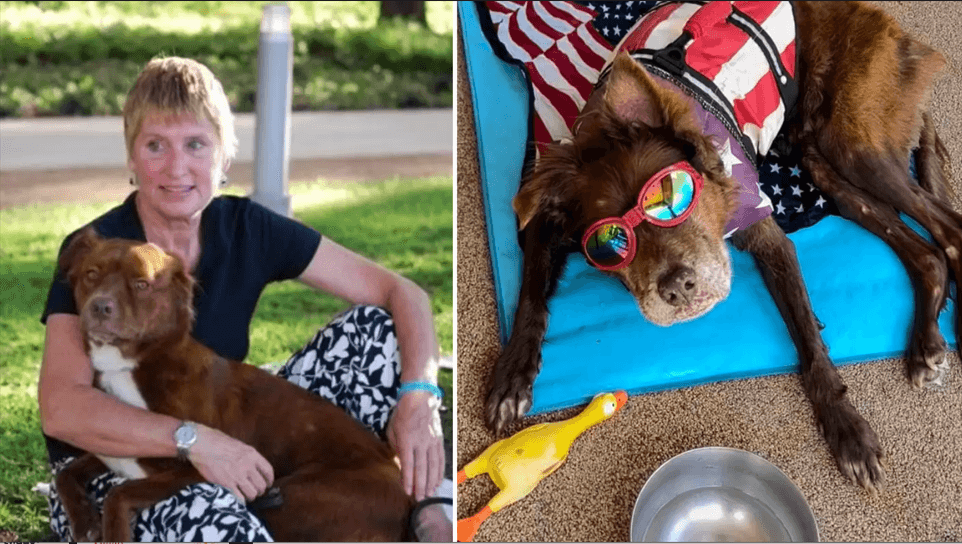 Chewie has been with her family since she was a young puppy, and now she’s a seasoned senior dog. Chewie was adopted by Jana Tuchin shortly after her husband unexpectedly passed away, and never leaving her side, Chewie significantly helped her cope with her grief.

Chewie has been slow lately. She used to be a very active dog that enjoyed many different activities. Her mother rapidly looked into options to control her neurological condition when she was 13 years old, one of which was swimming.

Chewie has become obsessed ever since she began her water therapy. Her therapist sets her up with floaties so she can float around the pool; she finds it so comfortable and calming.

Jana Tuchin said, “It scared me when she first relaxed like that, and I would make her exercise her limbs. Now she almost always relaxes as soon as I get her adjusted.”

The floaties provide Chewie a sense of independence in the pool to fully relax in the water. In the winter, she typically gets to swim twice a week, and in the summer, she swims almost every day. She enjoys lounging in the water and taking naps there, but she also likes to play occasionally, demonstrating that no dog is ever too old to express its inner puppy.

Her mother will continue to allow Chewie to take floating naps as frequently as she can for the rest of her golden years because they are so precious to her. 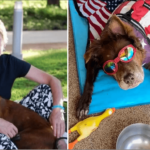