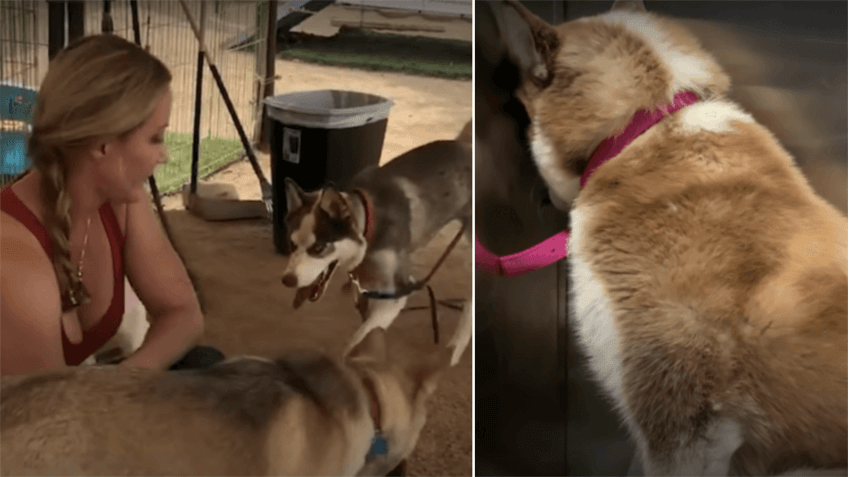 For a rescued animal, their trauma, whether it is physical or emotional (or both), is something they struggle to overcome. Rescuers, medical staff and fosters work tirelessly to rehabilitate traumatized dogs so they can go on to live a normal life. But some dogs have a harder time than others.

Lilac lived on the street and was often seen wandering around an elementary school. When Hope For Paws stepped in to rescue her, they saw, firsthand, how terrified Lilac was. As they put food down to lore her in and then capture her, she fought hard. Lilac had no clue that these humans wanted nothing more than to help her. It was obvious she was carrying a lot of pain.

The poor pup wasn’t aggressive. She didn’t growl or show teeth. But as she was placed in a kennel and then taken to the rescue center, you could see she was totally shut down. The Hope For Paws team gave Lilac a bath and she put her snout in the corner, balled up her body, and refused to look at anyone. She was beyond terrified.

But no one was giving up on the sweet girl. They understood that with patience and love, Lilac could overcome almost anything.

With months of kindness and proper routine, Lilac begins to receive human interaction. She bonds to the dogs she shares a foster home with. She makes progress that even stuns the people who know what dogs are capable of.

Then, a potential adopter, Tanja, reached out to the rescue organization. She was interested in bringing a new dog into her home. The foster wanted her to meet Lilac, but of course, she had no idea how that first interaction would go.

Tanja came to meet Lilac. The woman’s gentle demeanor as she walked nearby and then kneeled down, was just what Lilac needed. Lilac came over to Tanja all by herself. She then placed her little nose on her arm, as if to say: “You seem like a good person. Hi, I’m Lilac.”

This may not seem like a big deal but it was! Lilac had never touched anyone before. Not a single soul. Not even all the people who worked day and night to help her. Lilac knew that this was her human! As the video says, that touch was Lilac solidifying that Tanja was her person.

Lilac was officially adopted and brought HOME. Yes, HOME! There wasn’t a doubt that this was where she belonged. Tanja made it her mission to treat Lilac like a dog. Not a damaged dog but a dog. And that was exactly what Lilac needed.

The deserving dog’s life began to flourish. Her trauma, which may always be deep inside, became a permanent part of her past. With all this unconditional love and a new amazing family, Lilac truly blossomed.

To say this story is heartwarming is an understatement. It is exactly what we all need during these trying times. Please, watch Lilac’s full story below. Her success is uplifting as well as inspiring. There really is no such thing as a broken dog! 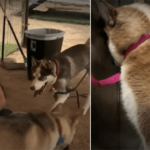