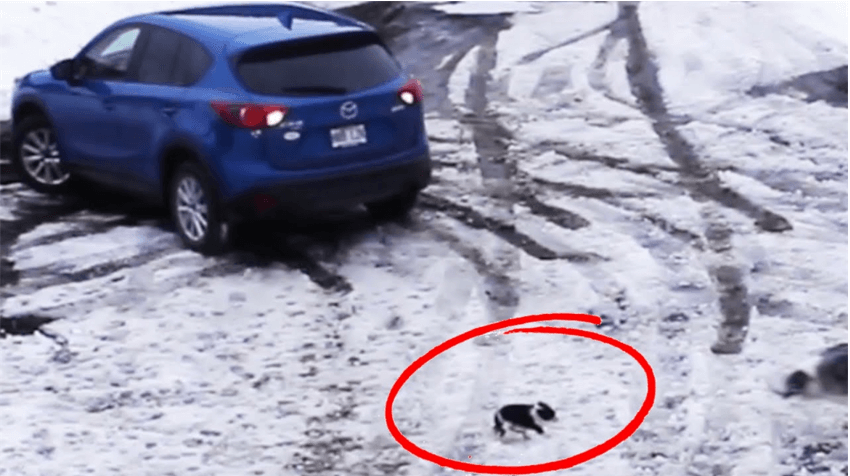 A scary incident could have been much worse if it weren’t for the quick thinking of a very vigilant Border Collie.

While a woman was backing up her car in the snow, a tiny Chihuahua was making his way across the driveway at the same time.

Unfortunately, the woman didn’t see the Chihuahua, since he was so small compared to the car, and also blended in with the dirty snow.

Thankfully, someone WAS watching. Moments before the car would have hit the Chihuahua, a Border Collie swooped in and picked up the pup in his mouth. He sprinted forward, getting out of the way of the car and saving the little pup just in the nick of time.

As soon as the woman saw something in her mirror, she stopped her car and got out. Initially, she thought she crushed her dog, but was relieved to find out that both dogs were ok.

I’m sure she was stunned and amazed once she watched what was captured on the surveillance cameras!

Watch the incredible rescue for yourself in the video below: 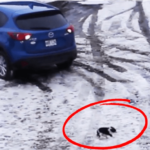