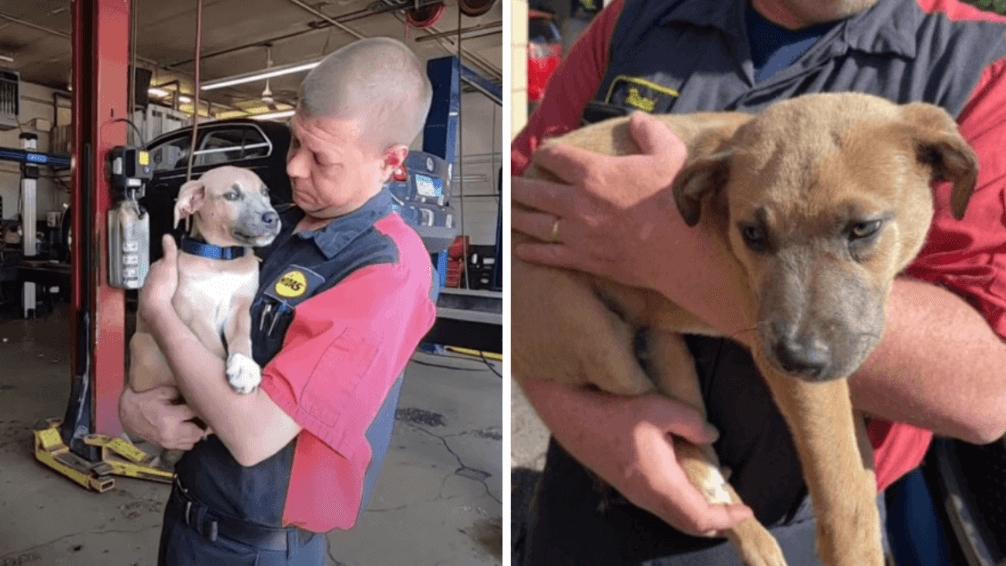 A mechanic is known as R.J. recently saved a life on a typical workday. While working at a Midas auto shop in Shakopee, Minnesota, he heard a thumping sound coming from the dumpster. At first, he assumed it was a raccoon searching for a snack, but something compelled him to check.

R.J.’s curiosity ended up saving the life of an innocent puppy, who had been abused before winding up in the trash bin. If R.J. hadn’t been so observant, the puppy could’ve gone unnoticed for too long. But now, the pup is living his best life despite his rough past.

R.J. suspected something was wrong when he heard a knocking sound inside the dumpster. When he peeked inside, he found a moving backpack, but it wasn’t making any sounds. So, he cautiously opened it, and he locked eyes with the sweetest puppy.

“I opened it up and the dog literally like slowly lifted its head and looked up, and I didn’t even know what to say. I just about started crying there,” said R.J.

Luckily, the puppy was thrown in the dumpster after trash pickup, so R.J. found him at the perfect time. The dog was zipped up inside the hot backpack with nothing to eat or drink. R.J. decided to name the puppy Midas because he said the dog needed a name to be taken to the vet.

At the vet, the staff confirmed that Midas has many signs of abuse. He has a fractured jaw and a bacterial infection in his lungs, but he’s currently being treated for both.

After taking him to the vet, R.J. knew he couldn’t part ways with the puppy. He’s planning to adopt him if all goes well. However, he said if Midas ends up being stolen and has a kind owner out there, he will give him up. But he’ll need some solid proof first.

The Shakopee Police Department is using this story to remind dog parents not to abandon their dogs like this. There are plenty of more humane options for rehoming a dog, such as taking them to a shelter or rescue.

“Though this story had a happy ending, it could have gone a lot differently. If you’re a pet owner who needs to surrender an animal, we encourage you to do it humanely. With social media and the internet at our fingertips, there is no shortage of options for finding a person willing to rehome your pet. Please be kind to our animal friends!” the police department wrote.

The only things in the backpack besides Midas were a fake grill and some plastic bags. So, it’s unclear who abandoned him and why, but what’s most important is that he’s safe now. He started his day in a dumpster but ended it with a loving family to care for him. It’s the best outcome possible! 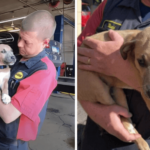