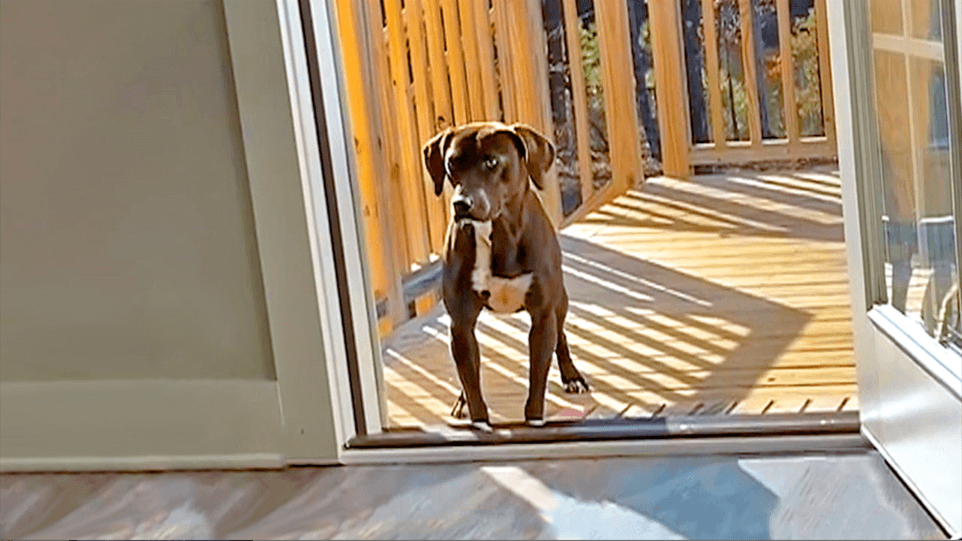 This pup was looking for a loving family… and she wouldn’t leave this couple’s porch until they chose her back.

A dog was coming every week on the couple’s porch and her identity was unknown. She had no collar and tag. One day. they decided to attach a note for the dog owners’ but no one responded.

After 5 months, the dog which they named Mama, never leaves their porch. Since it was freezing outside, they decided to let her in and gave her a bath.

Matt and Jane kept looking for the owner and finally, they get in touch. The previous owner of Mama offered if they wanted the dog and without hesitation, they said “Yes”.

The couple had a family dog named Cali. Mama and Cali didn’t get along at first. On the fifth day, they started doing zoomies in the house. As time goes by, Mama’s personality started to show, and became a hyper doggo.

Cali and Mama Bear became best friends and brought so much joy to the family.

Keep up with Mama Bear, Cali, Jane & Matt on TikTok. 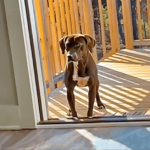