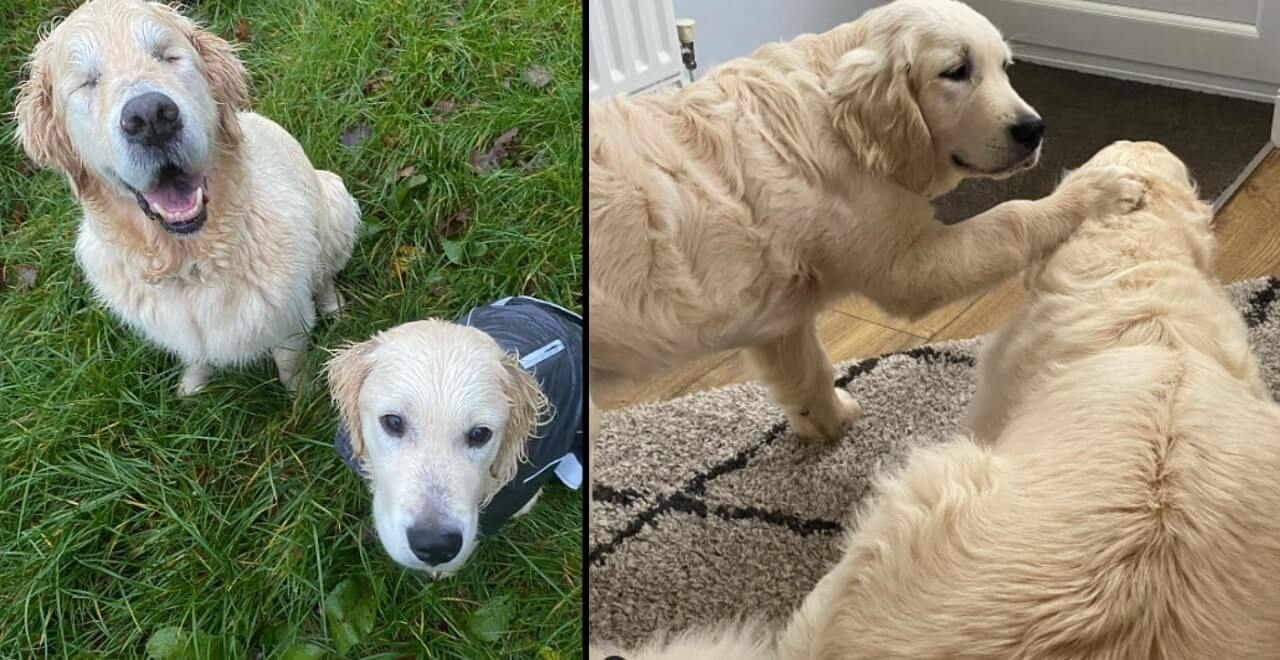 Dog mom Melanie Jackson noticed something was wrong with her Golden Retriever’s eyes. The dog, named Tao, was examined by a veterinarian who told her the poor pooch had glaucoma. It was recommended that one of his eyes be removed due to the pressure building up, and then 11 months later the other eye had to be taken out.

“It began in February 2019 – we had a normal morning. Everything was absolutely fine. But you just know when the dog is not his normal self. By the night, he was in the most pain I have ever seen so we took him to the vets. He was scratching his face. I said: ‘You are going to think I’m mad – but Tao has lost his sight’,” Jackson shared.

The pressures were so high that the dog mom had no other choice but to help Tao get better. Not long after Tao’s eyes were removed, Jackson brought another dog into their lives. The puppy, named Oko, became a “seeing eye dog” of sorts for Tao. She created an Instagram account for the duo and says they also have sensory mats by the door so Tao knows when he is going outside.

Over on Instagram, photos depict Oko sleeping with Tao, going on walks together, and even eating side by side. Jackson reported although Tao doesn’t jump over hedges and stays closer to her, he loves his walks and hanging out with Oko. For more about these two adorable dogs, press play on the video below. 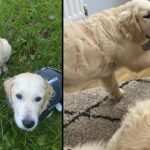