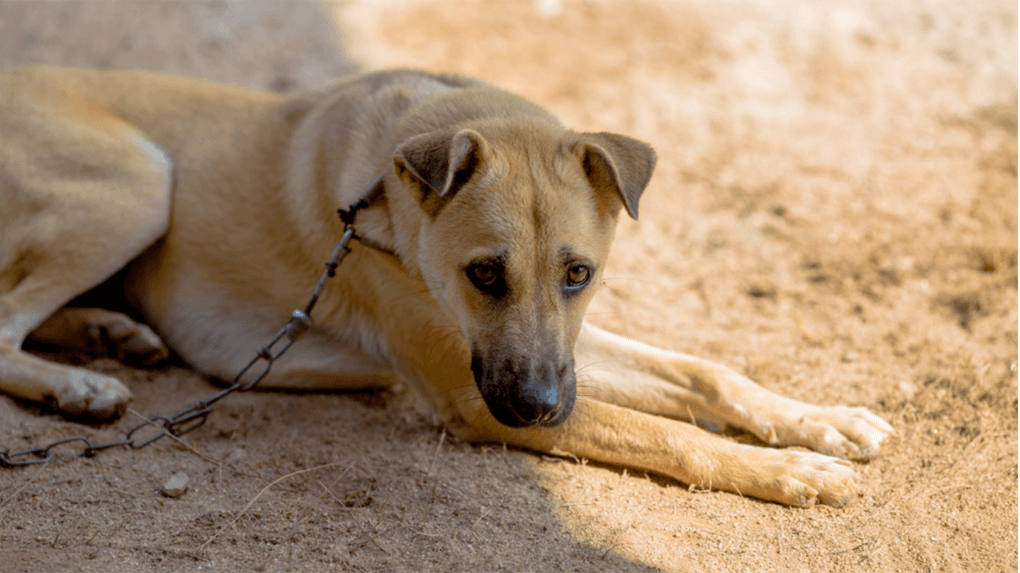 We’ve seen far too many stories of dogs who were left improperly chained up. This can leave dogs with a lot of pain and discomfort: too-tight chains can become embedded in the dog’s skin, and tied-up dogs can be exposed to hazardous weather conditions.

But now, the state of Texas has enacted a new law banning leaving dogs chained up outside — a move praised by animal rights activists.

According to the Houston Chronicle, the new animal cruelty bill — Senate Bill 5, aka the Safe Outdoor Dogs Act, bans chain tethers and improperly fitted collars and requires dogs to have adequate shelter from inclement weather.

According to the San Antonio Express-News, that weather includes rain, hail, snow, and extreme high and low temperatures. The shelter is also required to allow dogs to move around comfortably.

“This will effectuate change for thousands and thousands of dogs across the state,” Stacy Sutton Kerby, director of government relations for the Texas Humane Legislative Network, told the Houston Chronicle.

“Every season, whether it’s super-hot Texas summers or whether it’s hurricane season or in the northern part of the state where it can regularly get to freezing temperatures, we get reports of dogs that have died outside at the ends of their chains. So we know that this is going to affect animals in a positive way going forward.”

Chaining dogs outside will finally be illegal in Texas as Abbott signs animal cruelty bill into law https://t.co/JIS2evKJAt

The law will also eliminate a 24-hour waiting period for emergency intervention that was previously in place, allowing a faster response when animal cruelty is witnessed in the state.

“It’s important to the fact that we can actually take care of the problem right away,” said Randy Farmer, chief animal cruelty investigator for the Houston Humane Society. “We actually will be able to go out and save the animal’s life.”

The bill was widely welcomed as a long-overdue overhaul to the state’s animal cruelty laws. However, it took a long and unusual route to passing.

A nearly-identical bill passed the state’s house and senate with widespread bipartisan support. However, supporters of the bill were left surprised when Governor Greg Abbott unexpectedly vetoed it, accusing it of “micromanaging and over-criminalization.”

You can still chain up dogs with no water or shade in Texas after @GovAbbott vetoes bill to ban it, the @TexasTribune reports
https://t.co/lPCNNTZ24m pic.twitter.com/X3OYfiXujg

Gov. Abbott’s veto received widespread backlash — a hashtag claiming #AbbottHatesDogs started trending on Twitter — and eventually the bill got a second chance after the governor put it back on the agenda, eventually signing a bill with only minor alterations to the language, according to the Chronicle.

We’re so glad this law finally passed. This should go a long way in preventing Texas’ dogs from being treated cruelly and left to suffer.

Share this great news if you agree with this new law! 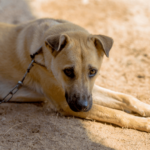