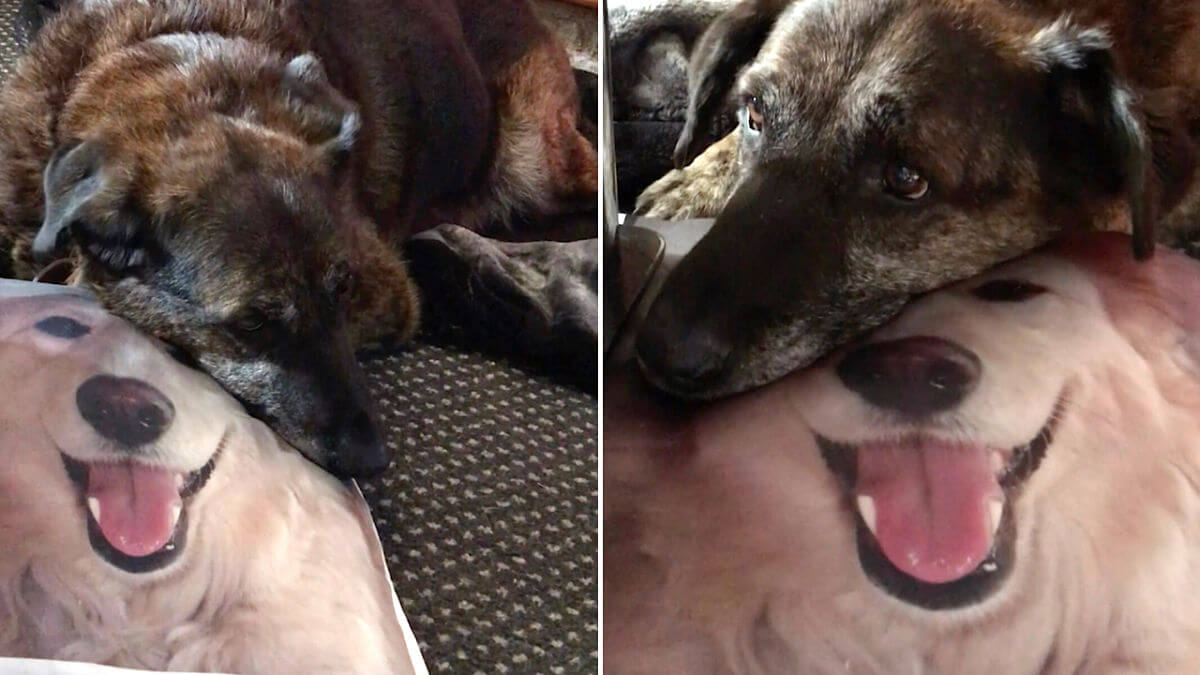 Spencer and Rocky were two peas in a pod for nearly 10 years. The two pups spent every moment at each other’s side, forming a beautiful friendship that has touched so many hearts.

Beth Fisher always loved the fact that her two fur babies were such dear friends. Their time spent together was always filled with so much love, making what came next so heartbreaking.

“Rocky and Spencer slept in the same bed, ate from the same bowl and always walked together when they went out. They never spent a night apart.” – Beth Fisher

Rocky’s health began to decline close to his 10th birthday. Beth knew it was time to visit their veterinarian, where they received devastating news that changed their lives forever.

Rocky had a large internal tumor that was diagnosed as cancerous. In discovering this tumor so late in its development, there was nothing they could do to save him. Rocky would only begin to suffer, giving her no other choice than to say goodbye.

“Rocky had to get put down that day. It was hard to process Rocky’s sudden death, but we can’t imagine how hard it must be for Spencer to have lost his little brother.” – Beth Fisher

Coming home without Rocky was one of the hardest things Beth has ever had to do. Not only did her home feel empty without his presence, but Spencer was devastated as well.

In being so attached to Rocky, Spencer had no idea what to do without his best furry friend. The grieving pup was absolutely heartbroken, and it began to show as the days went on.

“Since Rocky passed, Spencer has been getting up in the night to wander the house looking for his brother. And then he starts crying because he can’t find him.” – Beth Fisher

Rocky’s ashes were placed on the shelf directly above where he and Spencer use to sleep, but it was not enough to help his grieving brother. In an effort to bring him the comfort he desperately needed, Spencer was given a special gift.

Spencer’s fur parents surprised him with a pillow with Rocky’s smiling face on it. From the moment he saw his best friend in front of him again, his aching heart gave a sigh of relief.

“Spencer has been cuddling into the pillow since it arrived, carrying it from the sofa to his own bed. He seems a lot more settled now that he’s got something to cuddle into.” – Beth Fisher

Spencer now gets to face the day with his best furry friend at his side again. Nothing can bring back the joy of having Rocky in his life, but we hope this pillow brings him the comfort he needs to move forward.

“I don’t think Spencer will ever get over Rocky’s passing, but I hope he’s able to learn to go on without him. The path forward is one he’ll never have to face alone.” – Beth Fisher

We are so happy Spencer has such a wonderful family at his side and that he will never be alone in missing his best pal. 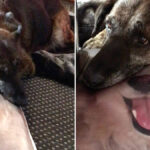