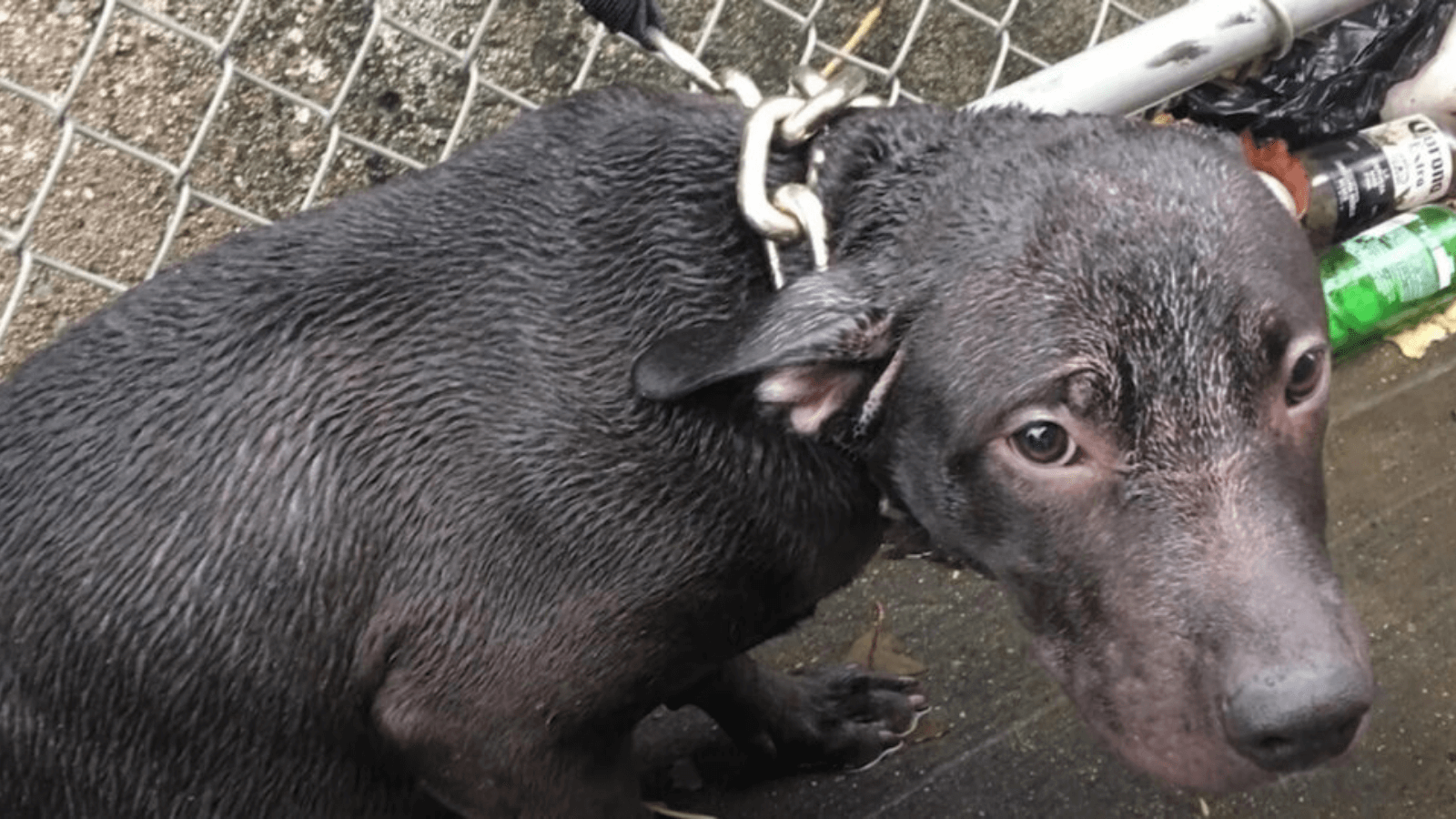 An NYPD officer was on duty one day when he came across an animal in distress he couldn’t ignore. Michael Pascale found a little dog chained out in the rain while in a public park, and the poor thing was shivering and surrounded by broken beer bottles and needles. The dog’s eyes stared up at the cop as if to say, “Help me.”

Officer Pascale wasn’t leaving without helping the dog and getting him out of there. He took the pup to the Brooklyn ACC where the dog would have to undergo a mandatory 72-hour hold to see if an owner popped up. But Michael promised the dog, “I’ll be back. Don’t worry.” He texted his wife about the situation to which she replied, “Bring him home!”

Now they played the waiting game. The cop would go visit Joey as often as possible to keep him company. And then the hold was finally over, and Michael was ready to take the dog home! “Nothing like that is ever gonna happen to him again,” he declared. It all worked out in the end, and these two were just meant to be. 🙂 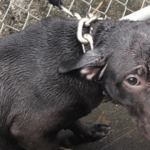