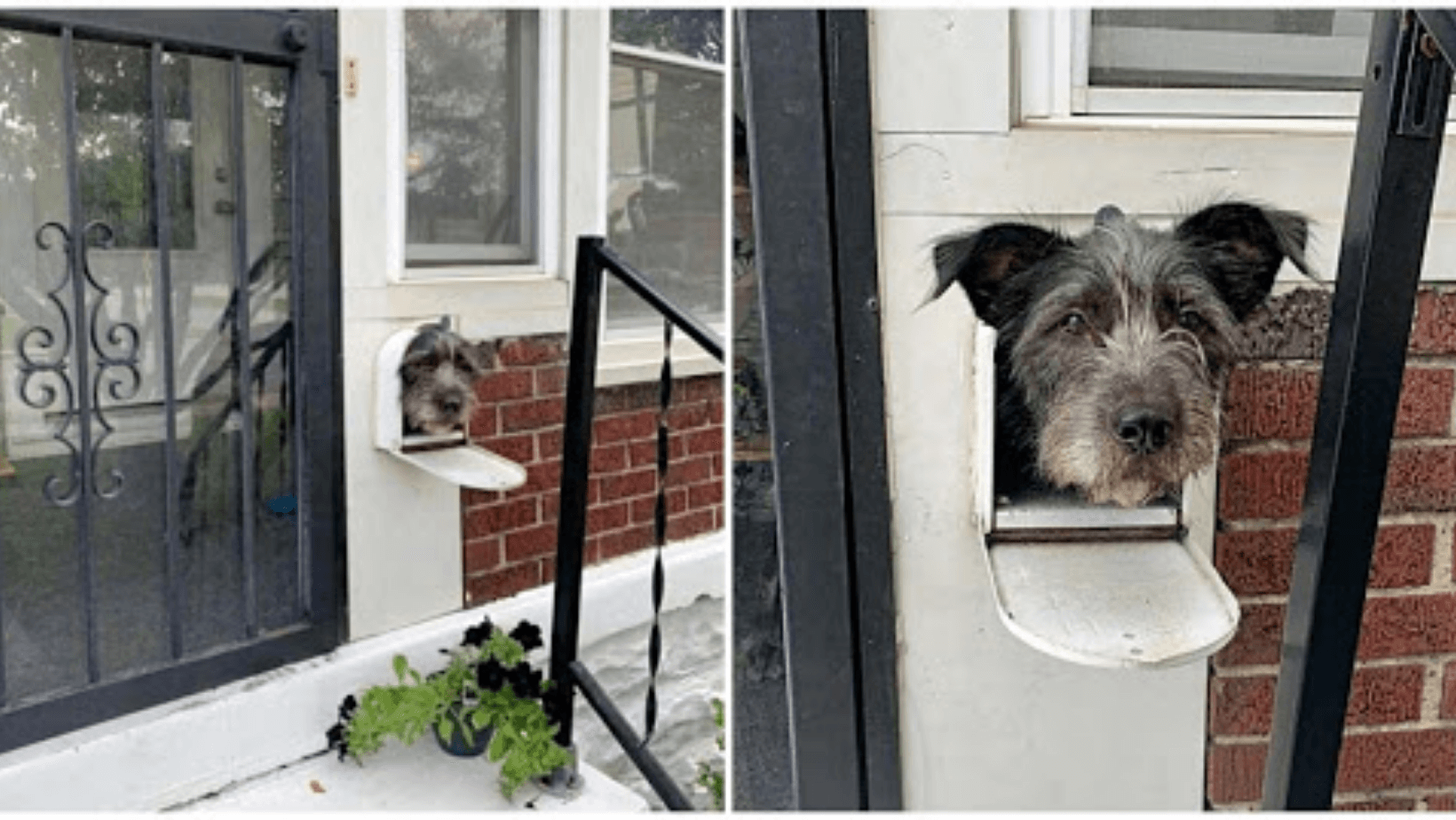 Rigby is a friendly, happy-go-lucky dog who loves everyone he meets.

He is very sociable and loves to keep an eye on his neighborhood. Whenever people and dogs walk by his home, he is always eager to say hello to them, but being inside the house he was not able to.

That is, until he came up with a hilarious plan.

When Rigby was a puppy, his humans Evan and Courtney Poole would pass Rigby to each other through their built-in mailbox that was on their home. Now at 70-pounds and a year of age, Rigby is much too big to fit through the mailbox, but he still found a way to make use of it.

Seeing a dog’s head greet you in that way is not something you see every day, so it probably comes as a shock to most people passing by.

Nevertheless, we’re sure they are all smiles when they see adorable little Rigby saying hello.

Rigby’s mom says many people even stop to get a closer look at Rigby and laugh and can’t help but smile at his silly antics.

One user who commented on the video of Rigby said: “When I used to deliver mail…best part of my job was the dogs…I really miss them…” And there’s a good chance that Rigby’s mailman enjoys seeing him whenever he drops off their mail as well! 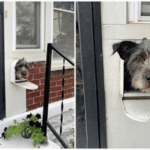