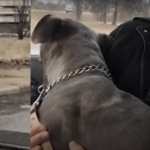 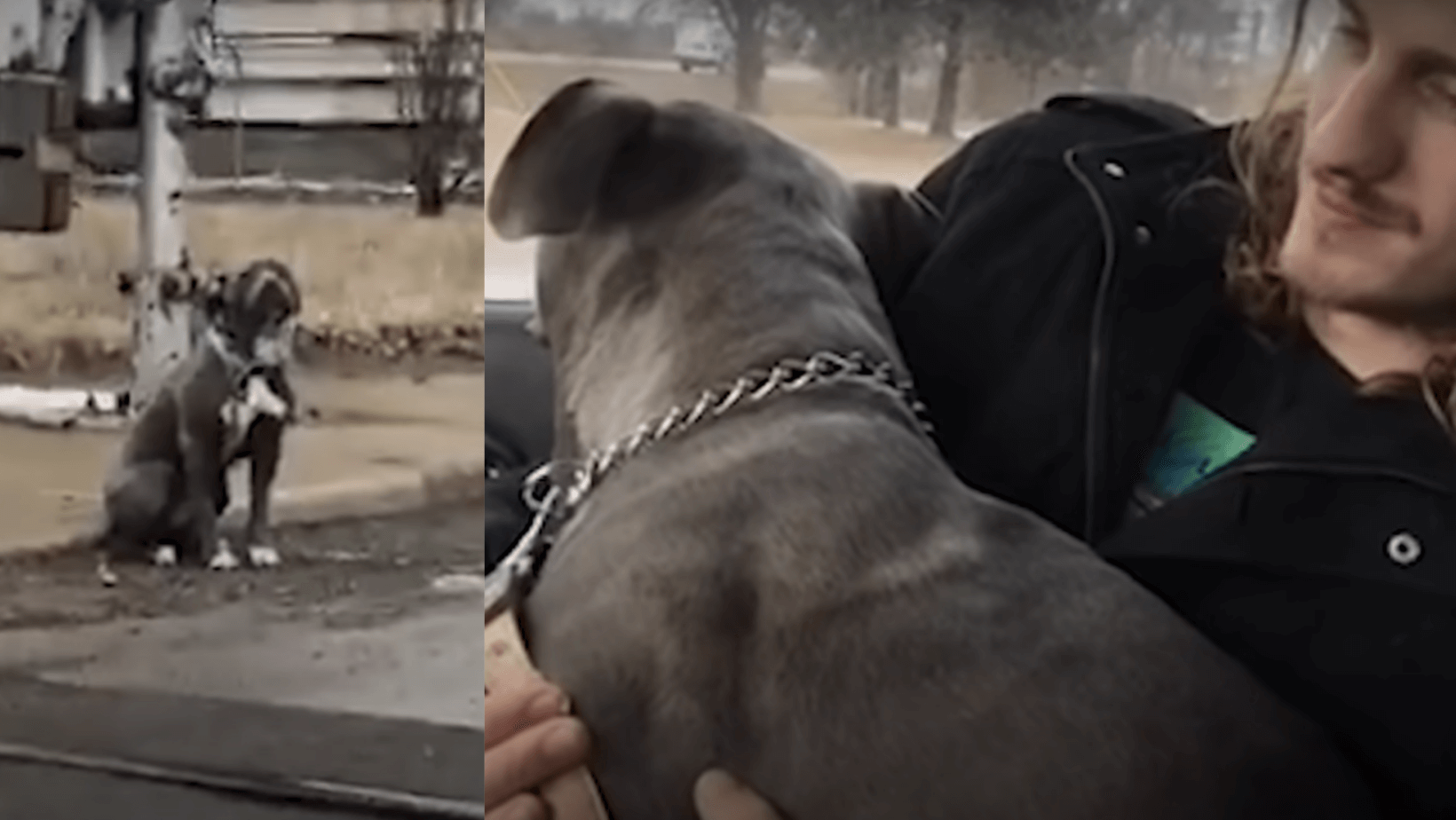 A woman came upon a Pit Bull sitting all by herself in the freezing cold. It had been raining which was turning to snow. The dog had a choke collar on and a chain. She was so scared and kept pacing, then laying down right next to train tracks. The woman’s goal was to save the dog but as she got closer, the dog began to run away.

The dog was shaking uncontrollably from fear, starvation, and the cold. The woman continued to call her over, praying she’d understand that she would be safe with her. The woman called up two of her friends to help her. The weather worsened and the dog began pacing even more as the snow started to fall.

The women were not going to give up. The dog barked because she was so scared! It took four entire hours and a lot of persistence until one rescuer was able to get a slip lead around her neck. The panicked dog thrashed around and became completely tangled up. She had no other choice but to lie down.

The poor pup was so traumatized. The rescuer sat down with her hoping to calm her before touching her. She didn’t want the dog to lash out. The Pittie began to realize that these women were not going to hurt her and she let her body relax. They named her Cardi (after Cardi B).

Cardi was finally relaxed enough to get inside their vehicle. Thankfully the rescuers reached out and secured a foster home for the sweet dog. On their way to her new foster home, the dog allowed a kind man to hold her. She really began to understand that her entire life was about to change!

Cardi met her foster parents and that first night, her foster dad decided to sleep on the floor with her. She was scared and uncertain and he could sense that fear. He laid with her for six whole hours and the next morning he told his wife, “This is my puppy.”

Things just got better from there! It’s amazing to see where Cardi came from and the life she’s living now. You don’t want to miss this story and thanks to The Dodo, and their awesome video, you don’t have to! You can check it out below and please remember to always adopt, never shop! There are so many amazing dogs, just like Cardi, that need loving homes.