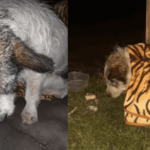 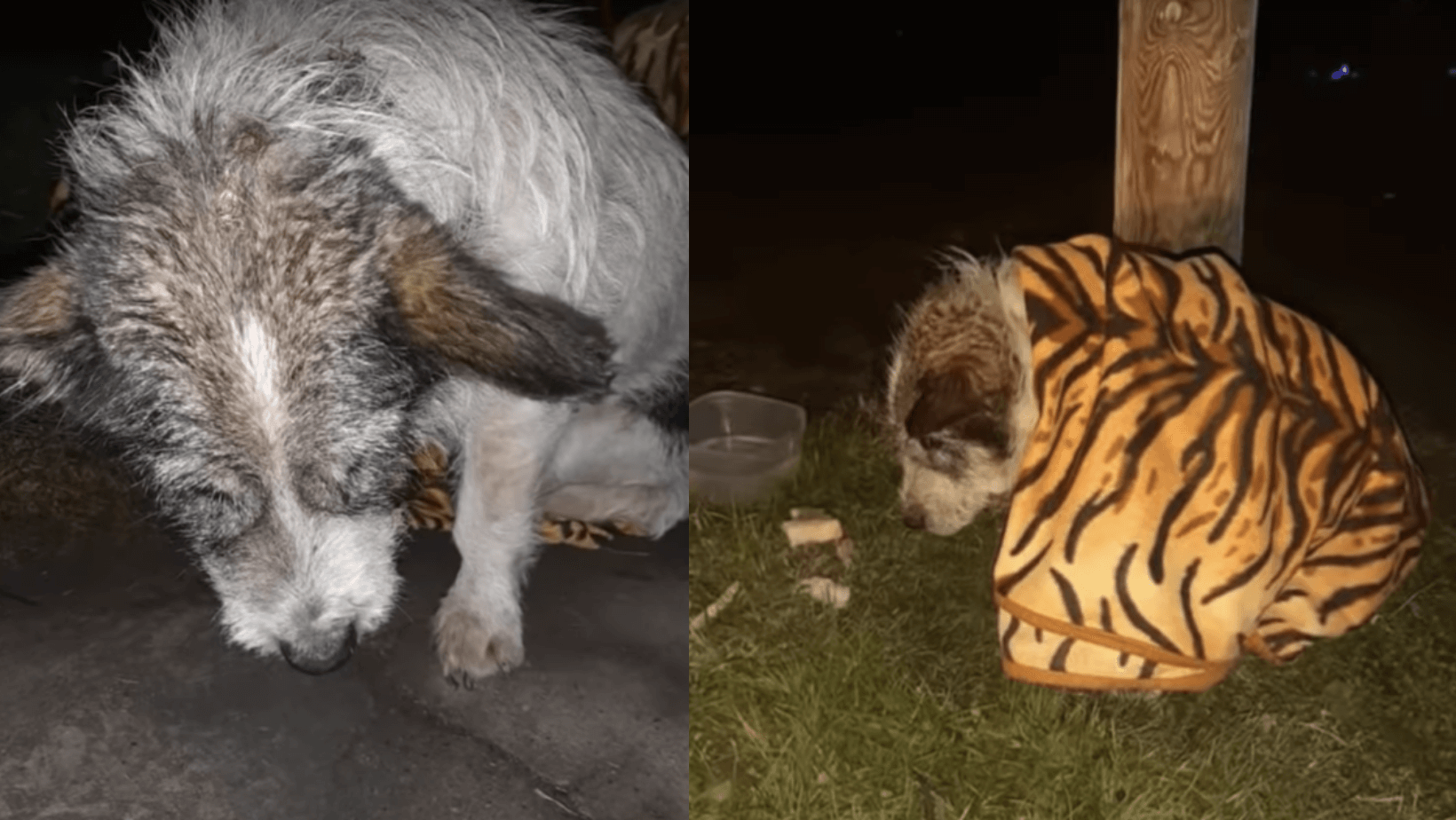 Animal abuse isn’t even illegal in other countries. Isn’t that mind-boggling? The lack of laws to protect animals only perpetuates more violence. If they’re not held accountable, in their warped minds, they think it is acceptable. This is why we share these stories! Because it is NOT okay!

This poor dog was beaten terribly for no reason whatsoever. A woman overheard his screams and came rushing over. She brought him a blanket and called the local animal rescue. She was then forced to put herself in harm’s way when the abusers came back to beat the dog again.

She wouldn’t allow the men near and guarded him close until help arrived. They even struck her for getting involved. But she didn’t care!

The poor dog continued to yelp. Thankfully rescuers arrived quickly to take him to their shelter. They named him Souki. Because Souki doesn’t understand what is happening to him and he’s in a lot of pain, he bears his teeth and tries to bite his rescuers. It’s okay, Souki, we understand.

The rescuers have to wait for the vet to come the next day. In the meantime, they give him pain medication and antibiotics. For now, he is a bit more comfortable. Souki is able to get some sleep.

The next morning, the vet races over. He does a thorough exam. But it’s difficult because Souki doesn’t want to be touched. Again, we understand.

After his examination, the caregivers try and feed Souki but he won’t accept anything. He is scared and traumatized. He doesn’t want to make eye contact and either stares at the wall or looks down. Poor baby!

Some time passes and Souki begins to realize that the people around him aren’t like the abusers. He allows gentle but brief petting. He even accepts his foster mom sleeping beside him. He would cry in his sleep every single night. He finally stopped now that someone who loves him is close by.

Souki has spinal damage and heartworm. The medical team will begin treatment to get him as healthy as possible. He needs to heal completely, body and soul. Souki makes a special friend who keeps watch over him.

Two months later, Souki is well enough to go live in his foster home fulltime. He can sit and stand on his own. His fur has grown in nice and thick and he looks so much happier. He’s such a brave boy. Thank you to all his rescuers and thank you to the kind woman who risked her own life to protect Souki!