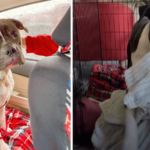 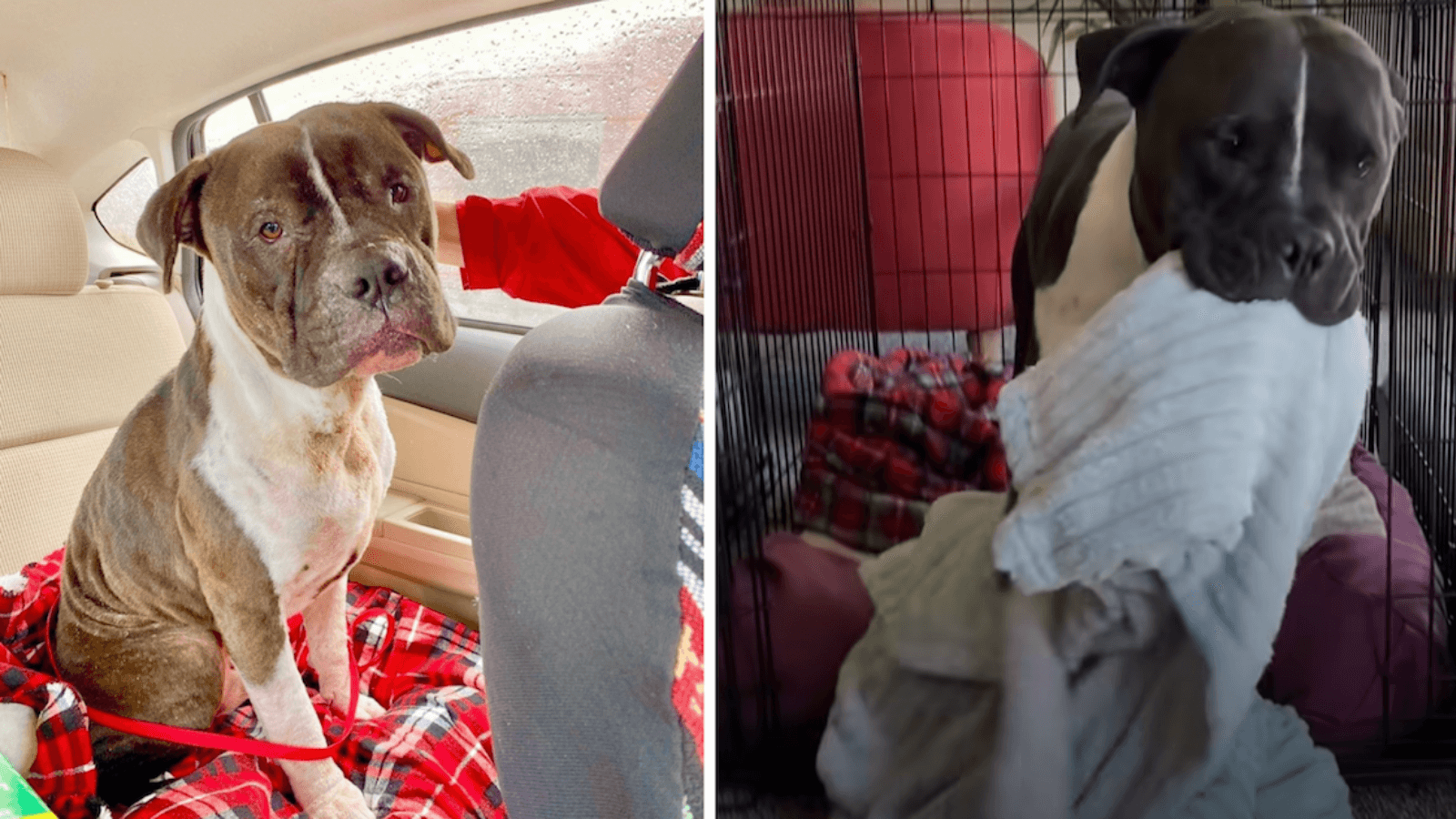 Bub the rescue Pit Bull started his life as a bait dog in a dogfighting ring. When he was rescued, he was terrified and traumatized. He was also incredibly underweight and covered in infections. For those reasons, he was put at the top of the kill list at his shelter. Luckily, someone “rescued” him moments before he was euthanized, but they only kept him in their garage and neglected him.

But what a difference love and care can make! Since then, Bub has been adopted by his loving mom, Katharine. She gave him a safe, comfortable home.

Katharine gave Bub love and care for the first time in his life. She gave him the resources he needed to overcome his fears and become comfortable in his new home. He quickly grew attached to his new mom, realizing that she truly cared about him as no one had before. Unfortunately, he became too attached and suffered from separation anxiety whenever he was away from her.

So, to help Bub get used to being alone, Katharine chose to crate train him. She filled his crate with beds and pillows, making it as cozy as possible. At first, Bub was unsure of this new arrangement, but like many dogs, he learned to love his crate and view it as a safe space.

In addition to his crate, Bub also fell in love with something else: blankets! Blankets seemed to be a sign of comfort and happiness for the pup. So, every time Katharine came home and let Bub out of his crate, he always dragged his blanket out with him. He saw how happy the charming action made his mom, so it quickly became a routine. Katharine thinks it’s the cutest thing, so she often records his silly welcome routine. It’s impossible for anyone not to smile when they see it!

Katharine thought the blanket carrying would go away eventually, but it’s here to stay. Now, Bub will grab anything he can find to greet his mom after work. This includes pillows, toys, and even shoes! And as it turns out, his silly habits are infectious to other dogs.

Eventually, Bub’s family adopted a second Pit Bull named Simon. Simon was also about to be euthanized when Katharine adopted him. Even with Simon around, Bub continued to use his blanket as a safety shield from his sad past. And before long, Simon noticed and joined in.

Now, both sweet rescue pups greet their mom at the door with blankets, pillows, or whatever items they can get a hold of. These items smell like home and likely make them feel comfortable, so it’s a heartwarming sight.

“I have become a huge bully breed advocate since adopting these two dogs,” said Katharine. “They see these two dogs that, you know, could look terrifying from the outside, just wiggling and carrying toys in their mouth like innocent little puppies.”

Pit Bull breeds are often discriminated against and thought of as “scary.” But Bub and Simon are working hard to prove those rumors wrong. After all, this duo is so adorable that it will warm your heart. And their transformations are so incredible too. Katharine says that she doesn’t even recognize photos of Bub when he was at the shelter. Because now, thanks to her kind heart, he is the happiest, most lovable dog around.