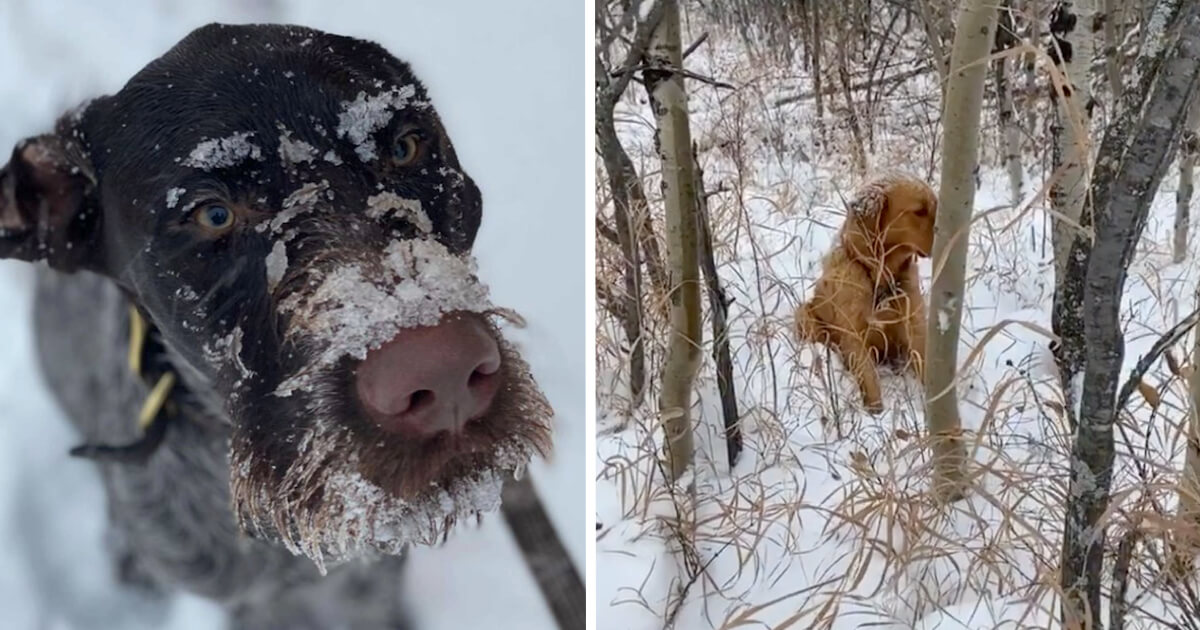 Banjo has always had a good nose, even for a dog. But no one could’ve guessed the nine-month-old German Wirehaired Pointer would use that talent to save a life someday!

One day, Banjo and his dad, Kerry, were cross-country skiing near their home in Saskatoon, Saskatchewan, when the dog’s tailed perked up and he took off running through the snow toward the woods after catching a scent.

Dad knew something was wrong, so he followed behind. When he got to the woods, he saw a fluffy golden head peek up. It was a lost puppy, and he was sitting in a burrow he’d dug to sleep in. He was cold and afraid and wouldn’t let the man close, so Kerry called upon animal control. They were able to get ahold of the dog’s owners, and the sound of their voices on speakerphone comforted the pup!

Kerry learned the dog’s name was Louie and that the pup had gone missing from a dog park a few days ago. And then a blizzard swept through the area making it even more difficult for his owners to find him. Mom was out with a search group when she received the call that Louie was found. She made her way through the knee-deep snow for the half-hour hike to reunite with him, and everything was perfect once again!

Louie is safe and sound and very warm at home today, and it’s all thanks to Banjo and his super-smeller of a nose! 🙂