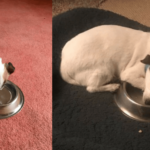 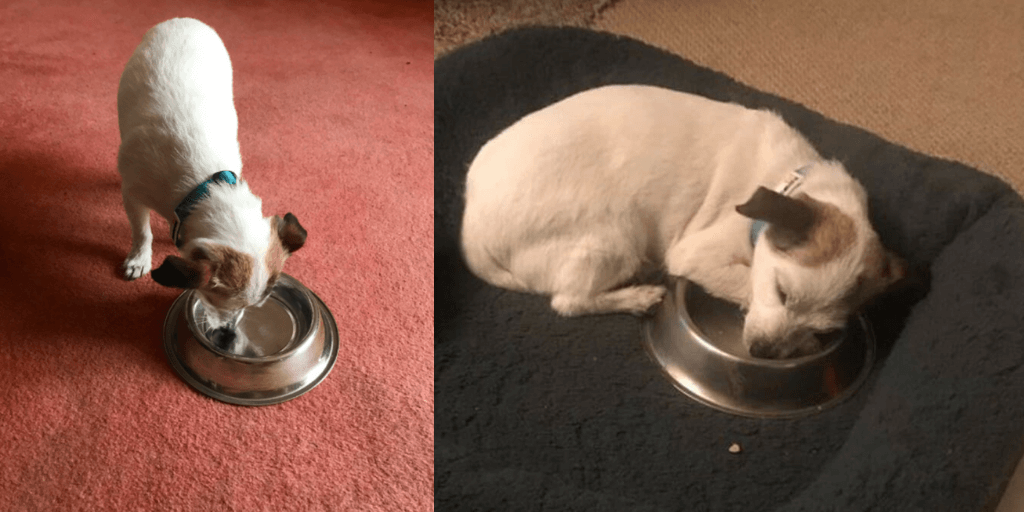 Adopting a rescue can really change a dog’s whole life. When a dog comes from nothing and only knows mistreatment and loneliness, the smallest things can make a world of difference.

That’s what one woman learned when she brought a new dog home, and saw his heartwarming reaction to one of the most basic things.

A woman named Susanne adopted a 10-year-old Jack Russell terrier mix named Neville. She already had rescue dogs at home, but when she saw Neville she knew she had to have him.

“I knew instantly that I loved him!” Susanne told The Dodo. “I queued for three hours outside the center to ensure I was the first to register my interest, and we bonded the moment we clapped eyes on each other.”

I’m bringing this adorable little chap home from the dog rescue centre tomorrow and I am slightly over-excited: pic.twitter.com/0y7LnOsU8f

Neville had been found as an unclaimed stray. He was in poor condition: he wasn’t neutered and had poor teeth. While no one knows for sure about his past, it’s likely he was used for breeding.

It was clear that he had been treated badly in his past life… and some behaviors had to be untaught in his new home.

“At first, he used to compete for food and tried to feed directly from the floor or from my other dog’s bowl,” Susanne said.

Neville is my rescue baby. He was found as an unclaimed stray, severely traumatised, un-neutered and with a mouthful of painful, rotting teeth. pic.twitter.com/LTpbIqMxi7

But everything changed when Neville realized he didn’t have to fight for food—in fact, he had his very own bowl to eat from.

“I had to train him to eat from a bowl, and once he caught on to it, he treasured that bowl.”

Neville loved his own bowl so much that he never let it out of his sight… and even years later, he still sleeps with it at night.

“I think he just never had one of his own and now realizes he finally has one and is guaranteed a reliable source of decent, nutritious food,” Susanne told The Dodo.

“He just seems so heartbreakingly grateful for a simple bowl. I think it represents comfort and home for him.”

My little rescue dog breaks my heart. He still can’t get over having his very own bowl. pic.twitter.com/mrlJ9cIRkb

Rescue dogs come from so little that they appreciate the little things we all take for granted every day.

It’s an important reminder of why you should “adopt,” not “shop.” These dogs are in desperate need of love.