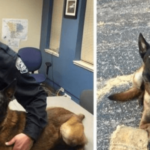 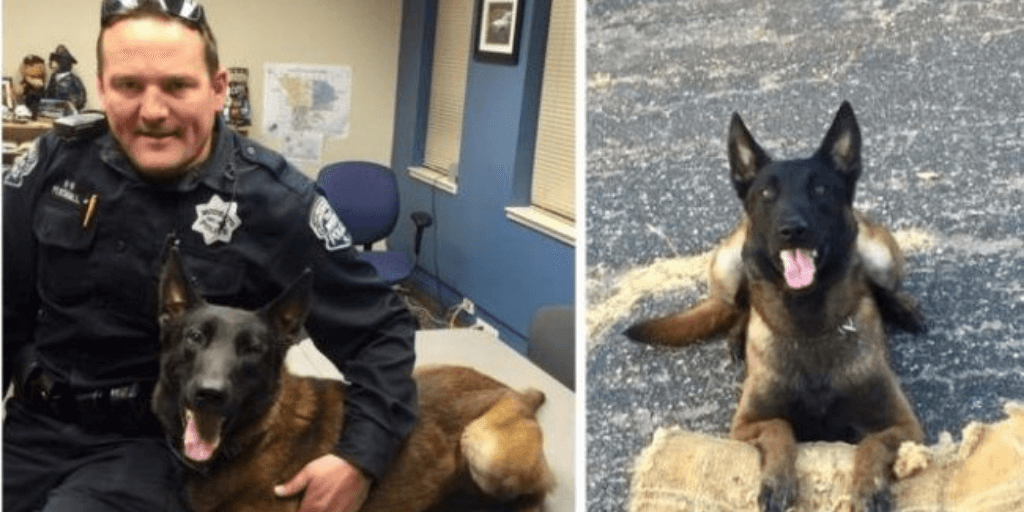 3-year-old Belgian Malinois, Ike, was the canine partner of Sergeant Mike Pershall until the officer was killed by a suspected drunk driver on August 22. Under normal circumstances, the dog would be assigned to a new handler and continue his service to the city of Modesto, CA. But on Tuesday, officials agreed that these are not normal circumstances, and Ike should be retired from the department and remain with Pershall’s wife and two children.

Pershall was off duty when he was struck and killed while riding his bicycle in east Modesto. He was 38 years old.

Police Chief Galen Carroll spoke in front of the Modesto City Council, asking them to release Ike from service and give him to the Pershall family. During their time as partners, Pershall and Ike spent all of their time together – both on duty and at home. Ike has been the officer’s family pet for two years.

Carroll acknowledged that the decision to retire a 3-year-old K9 may not be popular with everyone since police dogs typically work until they are 8 – 10 and cost the Police Department around $9,000. Carroll said regardless of the cost, giving Ike to the Pershalls was the right thing to do.

“It is not a good deal for the Police Department to lose the dog,” Carroll stated in an interview last week. “But there is also the human factor of, you have a wife and two kids who just lost their dad, and that’s the family dog. What is the right thing to do?”

The council unanimously voted to “sell” Ike to the Pershall family for $1. The sale was just a formality in order to officially transfer ownership of the dog.

According to Carroll, several community members have offered to donate toward the department’s purchase of another police dog. The chief intends to speak with the Modesto Police Canine Association, who paid for their last canine officer.