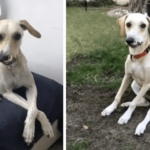 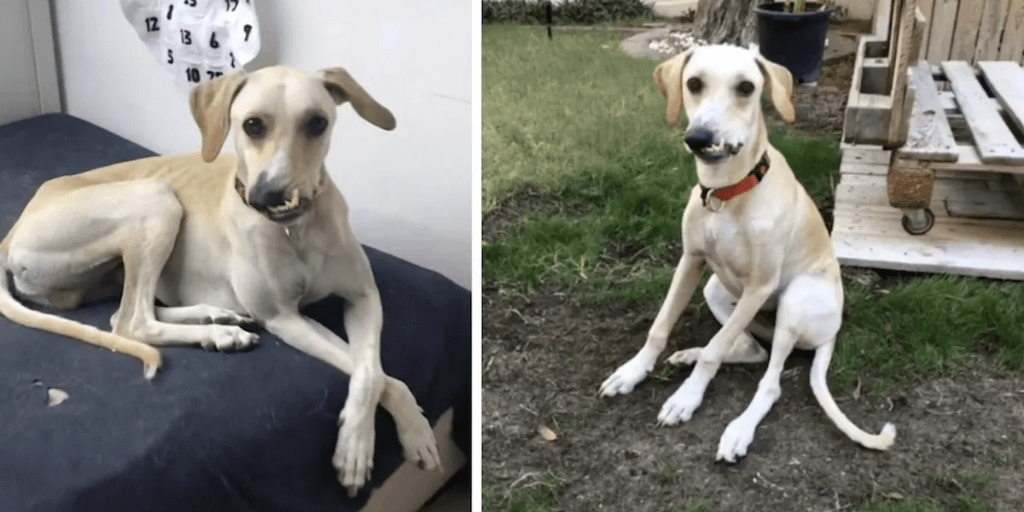 Johanna Handley thinks Alan the Saluki/Boxer mix is the most beautiful dog she’s ever seen. So, she knew she had to adopt him on the spot! But sadly, not everyone sees the 1-year-old pup for his true colors, and instead, they judge him at first glance.

Lots of bullies have called Alan “ugly” and suggested that Handley “fix his face.” But Handley loves Alan the way he is, and she wouldn’t trade his gorgeous face for the world. To help silence the haters, she made Alan social media famous with a rather ironic user name.

Every Dog is Beautiful

Alan has a “wonky” facial deformity that causes his nose to twist sideways, leaving his bottom teeth permanently exposed. He was found as a stray at two months old and rescued with his littermates. Handley adopted him when he was 10 months old, and it was love at first sight. His twisted snout is just a part of his appearance, and it doesn’t affect his quality of life in any way.

Early on, Handley ran into lots of people who disliked Alan for his looks. Many people offered to help pay for corrective surgery, but Handley kept telling them there’s nothing to be corrected. Alan is perfect just the way he is. So, Handley decided she wanted the world to see his true beauty.

“I have had people tell me they’ll give me money so he can get surgery to fix his face but there’s no way,” said Handley. “I actually had him evaluated by the vet for surgery because I worried about his future and possible breathing issues but the vet said he’s perfectly healthy as he is. They’d have to break and reset his nose and jaw. It would be unimaginable pain for something that is purely cosmetic. There’s no point putting him through that.”

So, Handley decided the best way to bring attention to Alan’s sweet face was to make him social media famous. She made him a profile on TikTok and quickly began posting adorable videos of him.

♬ All I Want for Christmas Is You – Mariah Carey

Handley named Alan’s TikTok account “Alan the Ugly Dog.” But of course, it’s not because he’s actually ugly, but instead, it’s supposed to be ironic. After all, she only posts videos of him in an attempt to show followers how truly gorgeous he is.

“I do get lots of nasty comments about his TikTok username too. People find it incredibly offensive but it’s meant to be tongue-in-cheek,” said Handley. “The haters can say whatever they want but Alan is our dog and we know he’s gorgeous and really special.”

Luckily, since creating the TikTok page, Handley has also received thousands of positive messages about Alan. Many people adore him, and he often gets recognized walking down the street. Handley says he’s the perfect therapy dog because every time she pets him, she feels overjoyed.

Hopefully, Alan’s social media fame will help show the world that all dogs are beautiful and rescue dogs are especially awesome. There will always be haters, so it’s important to ignore them and focus on the positive moments instead.