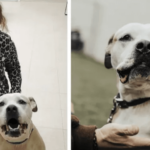 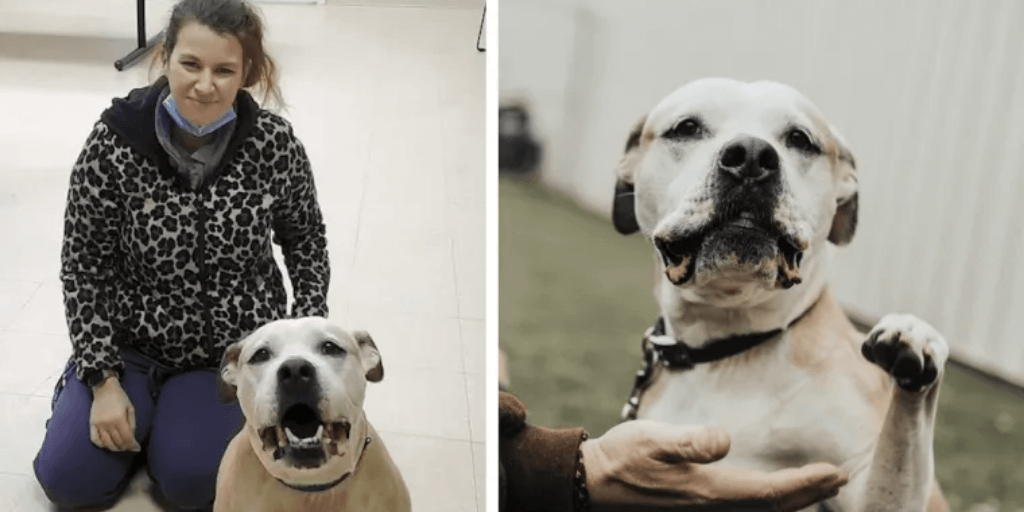 In 2012, a horrific home invasion caused a family to lose their beloved Pit Bull named Junior. At the time, he was still very young, but the family already had a close bond with him. Julia Nemeth searched long and hard in hopes of bringing her beloved dog home, but she seemed out of luck.

Eight years went by with no Junior sightings. Of course, Nemeth feared the worst, but she also tried her best to keep searching. Not a day went by where she didn’t hope for Junior’s return. Soon enough, that positive thinking paid off.

Searching for a Miracle

Nemeth, who is a mother of four in Ohio, brought Junior home when he was only a puppy. She felt a strong connection with him in no time. She spent lots of time training him using hand signals so she wouldn’t wake the kids up while they were sleeping. He was a quick learner and was always happy to make his mom happy.

After the home invasion, Nemeth never stopped looking for Junior. She consistently checked local shelter and rescue pages, and she frequently used lost-and-found animal groups. But sadly, Junior was nowhere to be seen.

Eventually, in 2018, Junior arrived at the Humane Society of Summit County, where he was called Buddy. He had to be treated for tapeworms after arriving, but he seemed healthy other than that. Once he fully recovered, he was ready to be adopted. He was adopted three different times during his stay, but always returned because he wasn’t the right fit. Little did the shelter know, he already had a perfect family looking for him.

After Junior’s third time being returned to the shelter, Nemeth noticed his photo online. She called the shelter immediately, explaining the situation. She told them as much about Junior as possible, and they confirmed that he seemed like the dog she’d been looking for. So, Nemeth and her family rushed to go see Junior after all these years.

Junior was a bit hesitant at first, but he quickly remembered his family. He even remembered the hand signals Nemeth taught him as a puppy. Once it was clear that Junior was still happy and comfortable with them, the family brought him home for the first time in eight years.

“I keep asking my husband to pinch me because I can’t believe this is real. I can’t believe Junior is home. He carried me through challenges of my life and to have him back means everything to me,” said Nemeth.

It didn’t take long for Junior to settle into his old routine. He quickly found his favorite places to nap again, and he happily plays with Nemeth’s son in the yard. He has to get used to some new changes, such as another dog, but it’s nothing he can’t handle. He’s just grateful to be home with the humans who love him after so much time alone. They might never know where he was before the shelter saved him, but all that matters is he’s back in a comfortable home for his senior years.