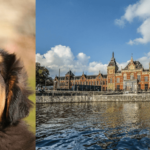 Holland has implemented an animal welfare program that has set them to become the first country with a zero population of stray dogs.

This is incredible considering that the country, along with every other populated region in the world, have been plagued with stray dogs for hundreds of years now. So much so, that the WHO reported an estimation of ~200 million stray dogs worldwide.

Making things worse, there doesn’t seem to be a simple, one fell swoop type of solution to the stray dog dilemma.

The U.S. has also been experimenting with ways to curb the ongoing increase in stray dogs wandering the nation. Unfortunately, they need a lasting solution, and none have presented themselves so far.

One advocate pleading for effective action in this matter is Peter Zheutlin, who explains the nature of why eradicating animal homelessness is no easy feat.

“This problem has escalated to the point where it would take decades of a concentrated spay-neuter program in a city like Houston to begin to reduce the numbers. The shelters are not often high priorities for governments either when they’ve got competing demands from the school department, the police department, the fire department, parks, sanitation. Who speaks for the dogs? ” He said in an interview with NPR.

Holland, though, has broken a world’s first record, by completely eradicating homelessness for stray dogs, and no, they didn’t cull them.

Holland has been dealing with more stray dogs than almost any other country for nearly 200 years now. In the 1800s, dog ownership was a symbol of status, and so just about every single home has at least one dog, if not more.

When rabies broke out in the country in the 1900s, though, thousands of people abandoned their dogs, leaving them to fend for themselves as strays out of fear of rabies. This led to one to the most rapid increases in pet homelessness history.

Many people gathered together from all walks of life, including legislators, public health officials, and animal advocates. Together, they began brainstorming on the best, most effective way to get their stray dog population down to zero.

The first step in this plan was sterilization. They enforced an uncompromising sterilization program throughout the country. Working quickly, the country spayed and neutered over 75% of its stray dog population in a matter of months. This had an immediate and obvious effect, greatly minimizing the number of stray puppies being born.

After each sterilization, all strays underwent a veterinary check-up and were brought up to date on their vaccines. A necessary step in stopping the spread of communicable diseases like rabies or parvovirus.

Holland’s next step in its plan of action was its largest hurdle yet; legislation.

The country started implementing animal welfare legislation. The new laws now granted all animals, including stray dogs, the right to living a healthy, “quality” life. To encourage people to take the new legislation seriously, the laws came attached with enforcements like $16,000 dollar fines and up to 3-year prison sentences for anyone that dared to break it.

The legislation also called for a tax hike on retail store-bought pets.

The increase was erected with the intention of promoting pet adoption via animal shelters and rescues, rather than encouraging breeders to add more pups into the mix.

The company then recruited a special domestic animal task force specifically set up to enforce the new animal welfare laws. This was so that there would always be help available to investigate reports of dog owners breaking the new laws. If it’s needed, the task force will also remove the animal from any dangerous living situation.

“Animals — and our entire society — need the animal police. There is a direct link between violence against animals and violence against humans,” Party for the Animals spokesperson, Marianne Thieme, emphasizes in an interview with The NY Times.

Last but definitely not least, Dutch officials campaigned tirelessly across the nation to promote pet adoption rather than pet-shopping. Doing so put the squeeze on puppy mills and dog breeders in Holland, lessening the popularity of pet-store purchases. Now, when someone brings a dog home, they are rescuing that dog from a life on the streets, in a kennel, or worse, of abuse and neglect.

This gave Holland’s citizens the inclusive feeling of fighting pet homelessness with the government, rather than against it. As of current, over 90% of Holland’s population have happy, healthy dogs living with them. Collectively, they’ve saved over one million neglected, abused, and stray dogs.

Holland went above and beyond in their approach to getting stray dogs off their streets, and their efforts have been rewarded with millions of happy, wagging tails.

The very best part in all of this? Just about every person in Holland gets to experience the unconditional love and friendship that comes with adopting a dog.

One comment on “Holland declared first country without street dogs after implementing a small, simple change”