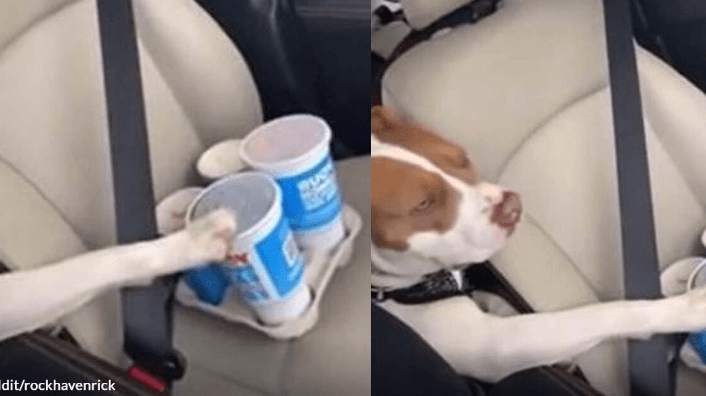 Dogs bring a lot of good things into this world. Aside from bringing happiness to every household, they also offer security. Canines are wired to keep things safe and quickly act amidst danger. Thousands of years ago, before most dog breeds became domesticated, their primary societal roles were herders and guardians. They are trained to secure livestock whenever outdoors and guide them, so no one goes astray. Up until now, dogs have contributed to society as guard dogs, therapy dogs, and K9s.

RELATED POST: Dad Panics As Dog Dives Into Lake, Then He Sees The Creature In The Dog’s Mouth

A household with dogs is safe since they have a heightened sense of danger. Their five senses work twice as much compared to humans — it’s like you have a built-in alarm at home. Dogs can sense fire, strangers, or when something feels off in the neighborhood. That is why canines are perfect for family households, especially when there are kids. When your dog builds a bond with them, they will probably treat your child like a pack member. The safety of their pack or family is a serious matter for dogs — never question their loyalty to protect and fight for their humans.

Funnily enough, humans or anyone a dog cherishes aren’t the only ones they can keep safe. A Reddit post from rockhavenrick showed that they can assure safety for a bunch of drinks as well. The pit bull was really holding on to the cup cover to avoid any spills because of how its human drives. OP uploaded the video with the caption, “When your dog knows what kind of driver you are.” It’s cute and amusing at the same time — even the pit bull’s face implies that he is serious. Redditors enjoyed watching and commenting about the safety dog, like the person capturing the interesting moment.

Lurkinginzaback wrote, “Dog knows she’s the type of driver who uses their phone while driving.” Pittie might have had enough rides with the human for him to know that the drinks would spill before they could arrive home. You can also find funny interpretations of the scenario in the comment section.

“Dog: “don’t think I forgot what happened to my soda last time!” Squeaky_Voiced_Teen commented. The ride may end up in a messy situation, and the dog took the initiative to avoid that. The Reddit post, with 64.7k upvotes, has an interesting comment section that will complete your day. Send the link to your loved ones now to secure smiles on their faces and drive them to fits of laughter. 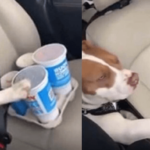