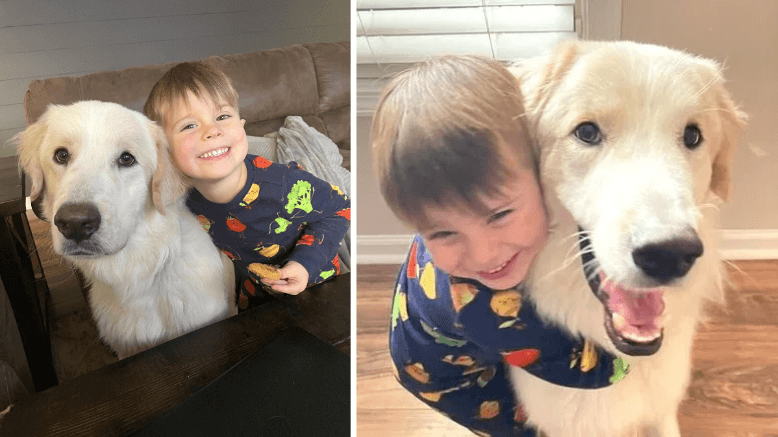 It’s every shelter dog’s dream to find their very own forever home, and shelters do everything they can to get them adopted, but the process isn’t always easy. It takes some pets a long time to find the right home, and sometimes potential adoptions fall through.

Last week, we shared the story of a dog named Ronald, who had a particularly bad “unlucky streak” after 14 would-be adoptions fell through. But he never lost hope… and now this beautiful dog has finally found a home!

On January 11, SPCA of Wake County shared Ronald‘s story. They suspect that Ronald’s many failed attempts at finding a home were due to his large size: while he only weighs 63 pounds, he’s a “big boy” with a large frame who may have been “too big/strong” for some families, particularly those with small children.

They also described Ronald as a “big puppy” who, when he gets excited, will stand up on his paws and put his paws on you, or “become a little mouthy.”

While Ronald might have been a little “too much” dog for some families, the SPCA was confident that there was someone out there for whom he would be a perfect companion.

“Ronald knows his commands, takes treats super gently, and is 100% sweet. He truly is a very good boy,” the SPCA wrote. “He loves treats and practicing his tricks, so he’ll be a great student for any training.”

Thankfully, Ronald’s luck soon turned around. His story went viral, and many people expressed interest in adopting him, to the point where the shelter was “maxed out” from adoption requests.

Now, in an incredible update to the story, the SPCA said that “Ronald’s unlucky streak has officially ended.”

They shared photos of Ronald with his new family, and confirmed that he was getting along great: “His new family says he is doing so great with the kids, and they are just obsessed with him,” the SPCA wrote.

RELATED POST: As Her Turn On The Kill-List Drew Closer, “Ugly” Dog Believed Her Time Was Up

After 14 adoptions fell through, it seems that 15 was the charm for Ronald. The SPCA was thrilled by the news and the huge outpouring of support for Ronald.

“Thank you all so very much for sharing Ronald’s story — we were overwhelmed by your words of encouragement and generous offers to help him,” they wrote on Facebook. “In the first day, the wide reach of your shares helped Ronald reach almost a million people. Just like that, literally overnight, his whole world changed. It never ceases to amaze us the power that you all have to change a life with the power of your keyboard!”

We’re so glad that Ronald’s “bad luck” has finally run out and he’s found such a perfect forever home! Please share this incredible news! ❤️🐾 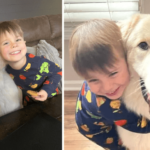