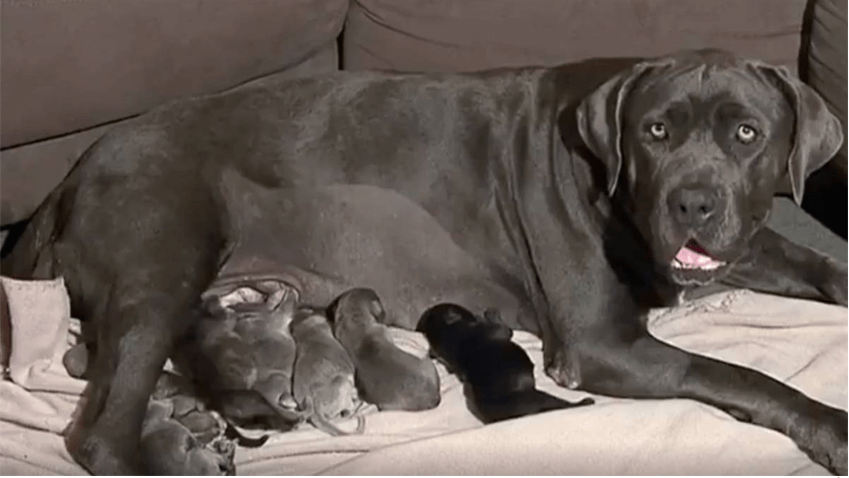 Shadow the Neapolitan Mastiff has set an Australian record after giving birth to a miracle litter of 21 puppies by caesarian on April 20.

Shadow delivered three puppies at home, but after four hours of no activity and a puppy that sadly didn’t survive, her owner brought her to Animal Emergency Service in Underwood.

They took radiographs to see if she had any more puppies inside and began an emergency caesarian right away when they learned that she still had more than ten puppies left.

Shadow had a lot of blood inside and her blood pressure was dropping, so vets had to perform a life-saving ovariohysterectomy (removal of reproductive organs).

Ten vets and nurses worked together and removed 18 additional puppies from Shadow, which brought her total litter to a whopping 21 puppies (18 of which survived)

While Shadow recovered from her surgery, ICU nurses spent the day caring for the 18 puppies, rotating them one by one to take turns feeding on their mom.

Thankfully Shadow is doing well and is now resting at home with her new babies.

While Shadow broke the record for largest litter in Australia, she was four puppies shy of beating the world record, which is held by a Neapolitan Mastiff who birthed 24 puppies in 2004.

Watch more in the video below: 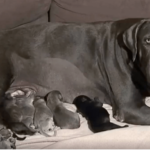