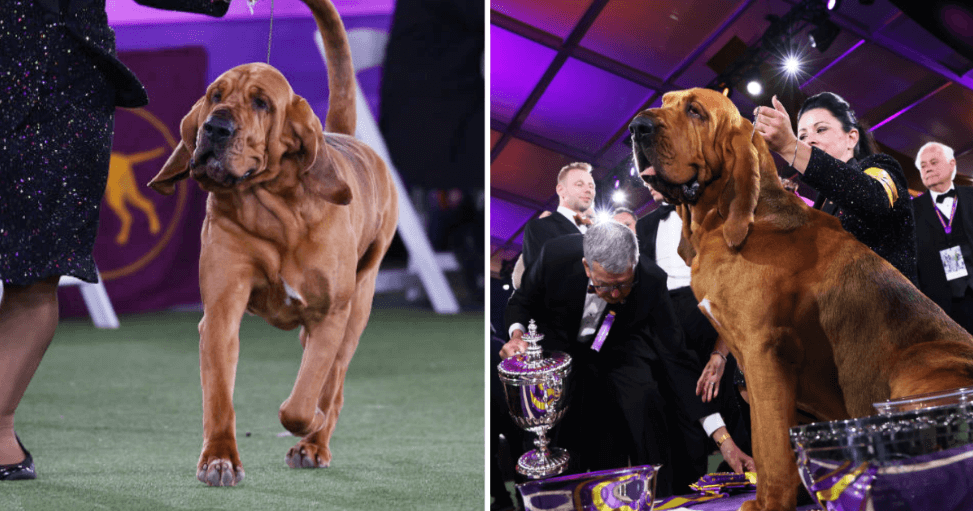 A Bloodhound named Trumpet has won “Best in Show” at the 2022 Westminster Kennel Club Dog Show. After 146 years of this competition, he’s the first Bloodhound in history to take the title. Only six other hounds have won the event so far. Bloodhounds are one of the oldest breeds trained to hunt using scent, but they’re often overlooked in the competition.

Many other amazing dogs were runner-ups at the dog show, but this beautiful Bloodhound is deserving of the title. And he looks so happy and proud of himself for winning!

Trumpet is a 4-year-old Bloodhound who’s co-owned by Chris Flessner, Bryan Flessner, Heather Buehner, and Tina Kocar. During the event, he was handled by Buehner, who also goes by Heather Helmer.

“I was shocked,” Buehner said of Trumpet’s win. “Sometimes I feel the Bloodhound is a bit of an underdog.”

Buehner believes Trumpet knows how special he is, especially when he posed so nicely for pictures in the end. Yet, since he’s a scent hound, he couldn’t help but smell the decorations that were set up around him. Luckily, all the items got his approval.

A French Bulldog named Winston, who’s partially owned by NFL player Morgan Fox, came in second place. He earned the “Reserve Best in Show” title. Fox said he got Winston from his grandmother, who breeds and shows French Bulldogs.

“He’s a joy to be around,” Fox said about Winston. “He always walks around with as much of a smile on his face as a dog can have.”

Meet the Other Winners

Nearly 3,500 purebred dogs competed in this competition with about 200 different breeds. Some dogs faced dozens of the same breed, while rarer breeds didn’t have as much competition in the beginning.

Here are the winners from each category:

The Westminster Dog Show is known as the “second-oldest continuous sporting event” in the United States (the Kentucky Derby is the first). It used to always be hosted at the Madison Square Garden in New York City, but since the COVID-19 pandemic, it has been held at the Lyndhurst Estate in Tarrytown, New York, instead.

Many wonderful dogs competed this year, and they all deserve to be winners. Yet, Trumpet’s beauty and personality stood out to the judges, so he’s the lucky pup that holds the title for this year’s event. Congratulations, Trumpet!

Watch Trumpet soak in the moment after winning Best in Show at the 146th #WestminsterDogShow presented by @ProPlan! 🎺 pic.twitter.com/haPFu6soVn 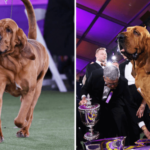