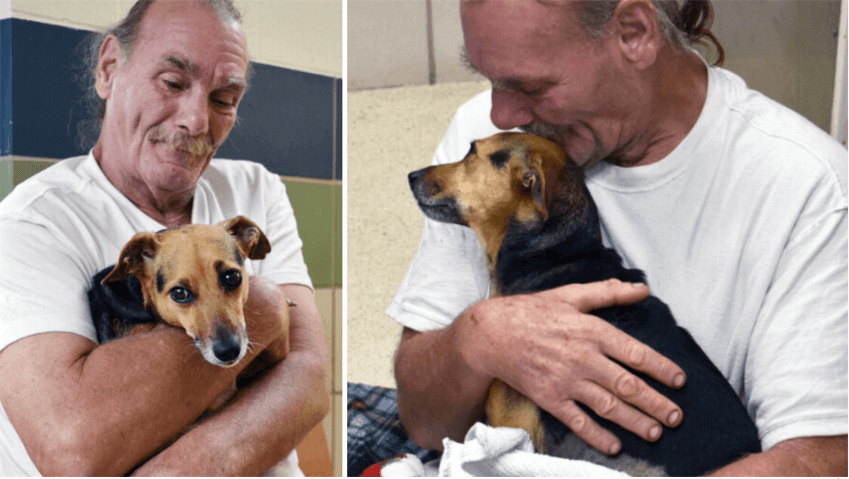 Stephen Foster works as a part-time maintenance man at a gas station in Dade City, Florida. Since the recent death of his wife of 35 years, Stephen has come to rely on the love and companionship of his little dog, Ollie. The pooch even accompanies him to work, happily watching her dad from the end of a tether.

A few weeks ago, Ollie was hit by a car driving through the gas station parking lot and was left with a broken leg. The vet told Stephen euthanasia was his only option, but he and Ollie were about to meet a guardian angel. Actually, a whole bunch of them!

An animal control officer with Pasco County Animal Services urged Stephen not to give up hope. The next day, the officer returned with veterinarian Christine Glenn, who transferred Ollie to the PCAS shelter for further care.

“Ollie is a special girl. He is this gentleman’s whole world. And without her he doesn’t sleep well at night. This is his companion since his wife passed away,” Dr. Glenn told ABC Action News.

Upon examination, Dr. Glenn discovered that Ollie had internal injuries in addition to her broken leg and would need to undergo surgery. The PCAS medical team, along with volunteers from the Humane Society of Tampa Bay, went to work repairing Ollie’s ruptured diaphragm. Her prognosis was guarded, but she proved to be a fighter, heading into yet another surgery—this time for her fractured leg—just days later.

With all that under her furry belt, Ollie began the long road to recovery. Stephen visited her in the medical suite every chance he got over the next few weeks. It was clear to all who witnessed their time together that Stephen and Ollie truly love one another.

“Her eyes soften when she sees him, and her little body wags. The love between man and dog is clear, and we at PCAS want to preserve this bond,” the shelter wrote in a Facebook update.

Finally, the day the pair had been waiting for rolled around. On Thursday, July 29, Ollie was released from the clinic!

She is not fully healed yet, but she is strong enough to spend the remainder of her recovery at home with Stephen—with several follow-ups at PCAS along the way. Once she gets medical clearance, Ollie’s pals at the shelter will provide her with a crate so she can safely accompany Stephen to work once again.

“Ollie means everything to me. As I said, she’s my kid,” Stephen confided to ABC.

In addition to Dr. Glenn and the Humane Society of Tampa Bay, PCAS credits a grant from Maddie’s Fund and a partnership with Human-Animal Support Services with their ability to save Ollie’s life.

Now Stephen can sleep soundly once again with his beloved Ollie back by his side!

See their beautiful reunion in the video below. 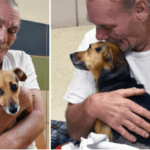