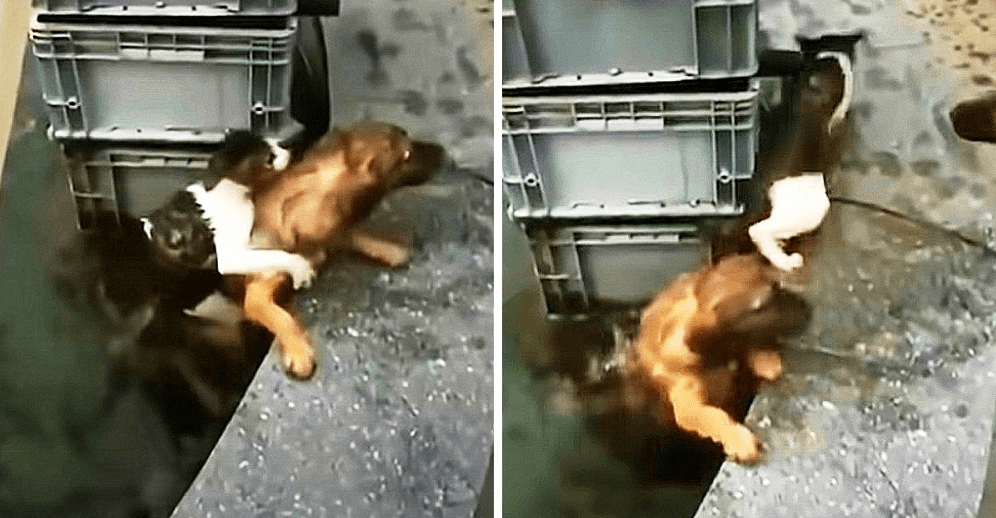 Although cats and dogs have contrasting personalities, they can get along just fine. In fact, most of the time they try to avoid each other to stay out of conflict. However, we think that the idea of enmity between these two animals is overblown and this video proves it!

A Turkish woman found an unlikely duo while walking by a river- a dog trying to rescue a drowning cat! She quickly realized that the cat was in trouble and attempted to save it, but before she could do anything, she saw a nearby dog wading into the water to help.

The woman decided to continue filming as a touching moment unfolded before her. As the worried dog leaned forward to check on the cat, the cat extended her paws toward him and begged him to help. Without wasting any time, the dog dived into the water and saved the day!

The dog went underwater and positioned his body so that he could pick the cat up on his back. He then transported her to the shore, where he helped her move to dry land. He himself struggled a bit to get out of the water after rescuing the cat, but thankfully he was steady on land within a few seconds!

As this video of a dog’s selfless act circulated on social media, it not only touched the hearts of millions but also divided them. People were split over whether or not the woman who filmed should have helped instead – with some calling her shallow and insensitive for not putting down her phone.

Some argue the woman was distracted by filming, rather than helping the cat down herself. However, others stand by her decision as they think animals get stronger when given the opportunity to problem-solve without human assistance. Which side of the debate are you on? Let us know in the comments.

Click the video below to watch the brave dog making a heroic jump to save the drowning cat. 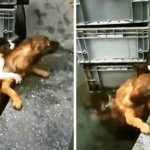