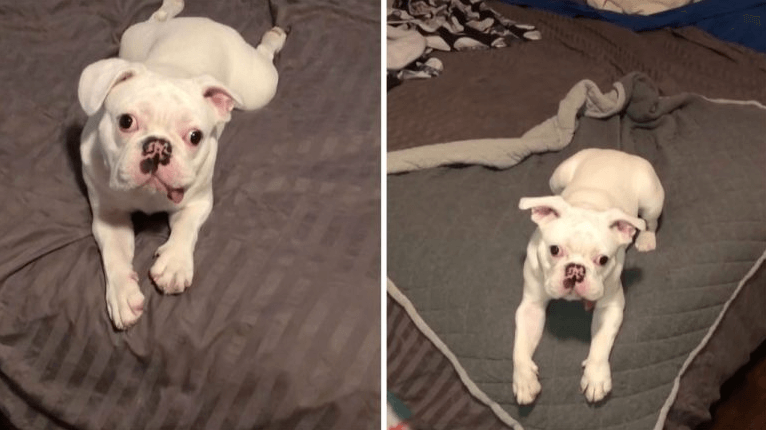 Rudy the Bulldog might look different to some, but that doesn’t stop the adorable dog from cherishing every moment. Despite the lolling tongue that sometimes rolls out of his mouth and stays to the side, Rudy is simply happy to be in the moment. He was once a part of China’s dog meat trade.

The sweet pooch spent his puppyhood in Harbin, China, and was driven to a slaughterhouse. Thankfully, Slaughterhouse Survivors, a local charity, intervened and got to the truck just five minutes before its final destination.

Eventually, the dog was sent to the United States, where Kelli O’Neill and Scott Eric Olivier adopted him.

It is believed Rudy was discarded to the ‘streets’ for being ‘too ugly,’ but his new owners love his features.

What a happy ending for a dog who was destined to be a part of the barbaric meat market. He is now happy, loved, and living his best life. See below for the feel-good video. 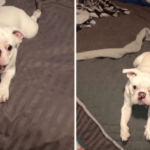